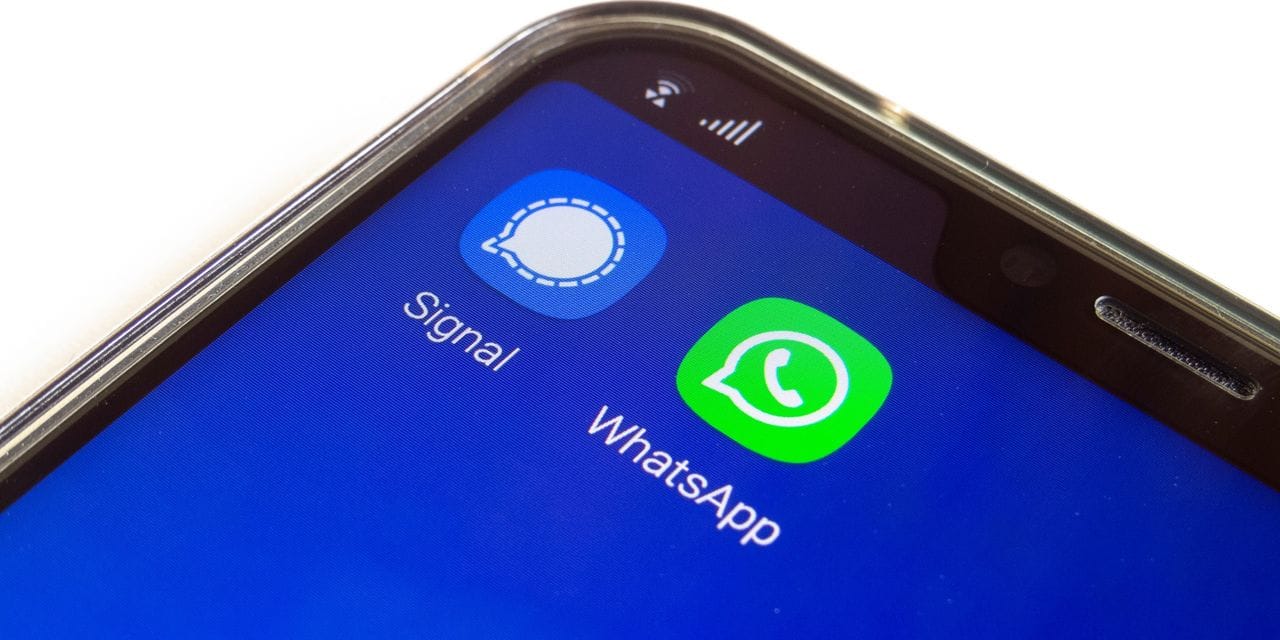 Switching from WhatsApp to Signal, how-to: pros and cons

The exodus has started. Since the tumultuous announcement of the change in the general conditions of use that the instant messaging service WhatsApp is about to adopt, mobile chatters have massively deserted the green logo app, owned by Facebook since 2014 (the transaction had cost to Mark Zuckerberg’s group the trifle of sixteen billion dollars, four in cash, twelve in FB shares).

The way is somewhat expeditious: Facebook simply wants to exchange the data of its users with its parent company, Facebook. Ultimate goal: to have useful data to market to companies. Risk for the user? Being offered more commercial ads directly in-app. And for those who do not wish to accept these new conditions? The door, quite simply: the WhatsApp account would be deactivated on February 8!

In Europe, there is wrongdoing: in fact, nothing will change

Expeditious, it is true, but, first of all, it is necessary to delay: the most feared scenario, that of seeing your data exploited (age, geographical region, etc., not the content of the messages, which would remain encrypted from end to end) for that a brand invites itself in your WhatsApp or even more on Facebook to sell you its soup will remain impossible, at least in Europe. The fear that prevails in the world following this announcement should objectively not offend Europeans, since the GDPR strictly prevents this kind of practices.

The result? Mobile users are leaving. In the world, but also in Europe. And a big winner emerges at this point, to recover the WhatsAppexiters: Signal. The app was n ° 1 for mobile downloads in Germany, France, but also in Belgium. Less negatively connoted than Telegram (No. 2 in downloads in Belgium too …), American, focused on end-to-end encryption of all your content, independent of any social network, aesthetically and ergonomically easy to handle, is that Signal has a lot of trumps up its sleeve to win the bet. It allows, for example, to import your “groups” and the history of your WhatsApp exchanges, which is not a small detail. Also, it is not at this stage concerned by the financial imperatives of WhatsApp et Cie: its source code is accessible to all, and, like Wikipedia, its business model is centered on the donations of those who believe that such an application is of public utility.

Edward Snowden and Elon Musk praised Signal’s merits. Just like the European Commission, which encourages the use of this app for its members’ communications with the outside world. In the legal or journalistic world, Signal has also already convinced.

Installation and commissioning is very simple: just download the application from the Google Play Store or the iOS App Store, enter your phone number, define a PIN code (four digits minimum, a sort of password), define your name, add a possible photo and let’s go. The app also offers you to become your default app for SMS. It is very easy to invite a contact who does not yet have Signal to download the app. Practical, the functionality that allows you to import a WhatsApp group into Signal is valuable, but in fact, it requires a lot of conditions: you must still have WhatsApp active, you must still be a member of the group you want to migrate, and, above all, each stakeholder must do the same: everyone must have Signal installed and WhatsApp still active for the migration to take place. Logical, but with large groups, it gets complicated quickly. Not to mention those who think that the invitation to pass on Signal is spam at best, a hacking attempt at worst …

However, once installed, Signal does its job very well. Text messages, photos, videos, stickers, voice notes, ephemeral messages, … everything you would expect from an instant messaging app is there. The only downside for us: like WhatsApp and others, Signal is hosted on a central site. It would therefore be foolish to believe it perfectly inviolable …

Previous Post
“Talking” out, “Gab” in: the social network registers 700,000 new subscribers and … reaches out to Donald Trump
Next Post
Holidays: what to do with vouchers that expire in March?