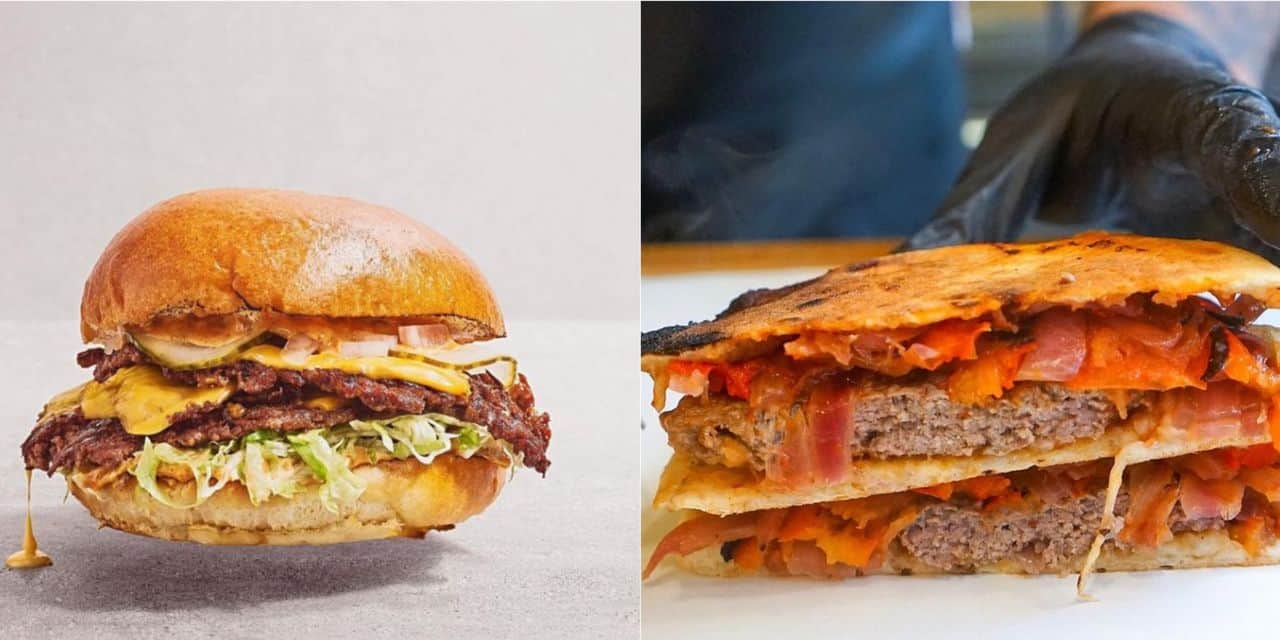 At a time when bars and restaurants are closed, snacks and take-away services take on their full meaning and for some, orders are pouring in. From there to opening in the middle of a period of sanitary restrictions, there is a step … That Georges “My Tannour” Baghdi Sar took a few weeks ago by opening Mine Madeh around a Syrian bread on Place Jourdan and that the team behind Rambo has just done, also in Brussels.

Second week of opening for this new snack bar offering smashed Los Angeles-style burgers. And which was taken by storm last Saturday!

Rambo is a novelty in the burger world. Yes, it can still exist! Open last Wednesday January 13, this American snack, as it is called, offers a premium sandwich, soft and regressive (this is the word that emerges from all the tastings of pro or lovers of burgers!) whose particularity is “smashed” meat. A Black Angus meat chosen for its good quality melting and tasty fat (found at Wesley’s Butcher Shop in Schaerbeek) which is crushed by a press on a baking sheet at very high temperature. This helps caramelize the meat, giving it even more flavor and a crunchy side, explains one of the bosses.

The crisp is also found on the cornstarch bread side, which is buttered and lightly toasted. In this puffy bun are added raw onions, a slice of pickles and a slice of cheese which melts on the meat and of course the sauce: either mustard or a mixture with ketchup.

With this unstoppable recipe, the 5 entrepreneurs at the origin of Rambo (who already have “bankable” restaurants and bars in Brussels like Old Boy, Chez Richard, …) have bet on less is more with only three proposals for burgers: the Classic, the Special with a different sauce and salad and the Nomeat, vegan, made with Beyond Meat meat substitutes. Each costs € 10. Fine artisanal fries (3.50 €), sauces, local artisanal beers and natural wines complete the menu. And a homemade sundae dessert.

And it was the rush on Saturday: a huge line formed in front of the snack bar with the worked look. Some waited until 1:15 before being served. Rambo also posted a post on his Facebook page to announce that it was totally sold out and would not open on Sundays! Return Wednesday January 20, from 6 to 9.30 p.m.

The establishment is open from Wednesday to Sunday, with on-site service only. “Click & Collect” and delivery will follow in a few weeks, according to John Prigogine, one of the members of the Rambo adventure.

Opened a few weeks ago this time, we went to a new snack restaurant in Brussels that highlights the comforting delights of Syrian cuisine. Signed by the chef of My Tannour.

The incredible success of My Tannour rue de la Brasserie on the heights of Place Flagey since its opening has never been denied. You still have to see now at all hours the queues that bring together (at a good distance) the delivery men and customers who are regulars in the neighborhood or not.

My Tannour, is named after the ovens used in Syria to bake flat breads which are then stuffed with meat and vegetables. Georges Baghdi Sar, of Armenian and Lebanese origin, was born and raised in this country. Arrived in Belgium, his mezze restaurant C’Chiccounou settles in the landscape even if it does not claim to be “Syrian” (at the time, it is a little known cuisine). Innovative at heart, the chef decides to open in 2017 opposite this restaurant a “snack bar” which would claim its origins by revisiting the tradition of Tannour in his own way, and also building an oven to slowly cook meats. (chicken, beef, lamb) that will accompany hot breads. Direct success and recognition of a Gault & Millau POP.

Today, the Syrian ixelloise canteen is known throughout Brussels and the well-appreciated Middle Eastern street food: grilled halloumi, saj stuffed with cheeses, manaïches, salads of tasty raw vegetables meet the greed of the Belgians. But you have to know how to go further and that is the specialty of Georges who recently opened Mine Madeh, a snack-restaurant on Place Jourdan in Etterbeek (a district that is attracting more and more daring concepts next to the premises. old classics like the Spirit of Salt). The name of this little brother of My Tannour comes from the meat: Madeh is a Syrian preparation made from lamb and beef, shredded and marinated with spices for hours and baked in small dishes, such as the vegetables (onion, potato, eggplant) which are also put to confine warm.

The Madeh de Mine Madeh is therefore a bread (pizza style) stuffed with meat (or halloumi) and vegetables then toasted so that the bread soaks up less of the sauce of the ingredients and crunches when tasting. We put our fingers full of it anyway but it’s the least of worries: it’s very good, comforting, it gets carried away easily, and it is delivered all the same. € 8 for madeh, € 1 for bread.

And take advantage: for the moment, there is no line to be made to taste these small comforting preparations unlike those of My Tannour. It won’t be long! You can also order in delivery and click & collect.