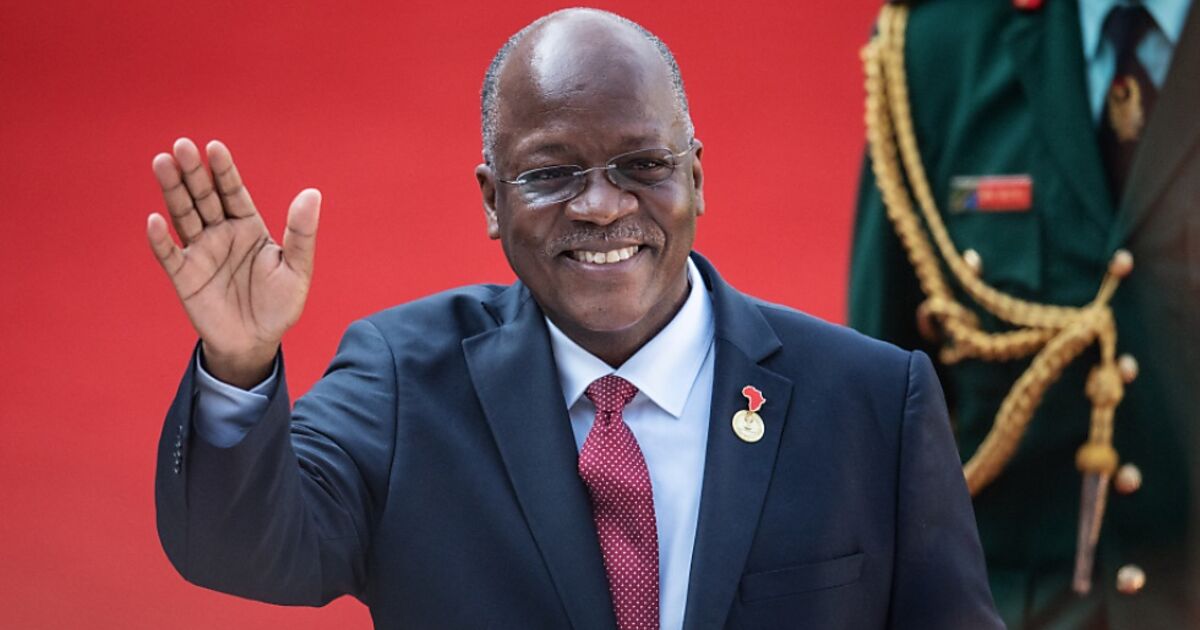 Tanzania’s President John Magufuli is dead. The head of state died of heart failure on Wednesday at the age of 61 in a hospital in Dar es Salaam, said Vice President Samia Suluhu Hassan. Previously, his prolonged absence from the public had fueled speculation about a corona disease. The head of state, who has been in office since 2015, had long denied the existence of Covid-19 in the East African country and downplayed the danger posed by Covid-19.

The former German colony with its around 58 million inhabitants has not published the number of new infections since May 2020. According to Hassan, the president suffered from a chronic cardiac arrhythmia. This was diagnosed more than ten years ago. Magufuli was recently hospitalized for this reason, discharged and re-admitted on Sunday after his condition deteriorated, she said. Hassan announced a 14-day mourning period. According to the constitution, the vice-president will now assume the highest office in the country until the next election in 2025. Only last year Magufuli had won a controversial presidential election.

Magufuli’s handling of the corona pandemic had caused criticism and concern both in his home country and internationally. He questioned the credibility of corona tests and recommended prayers and steam baths. Magufuli – sometimes called the “bulldozer” because of his uncompromising leadership style – urged the Ministry of Health to be careful with vaccines developed abroad and questioned how they could have been developed so quickly. Unlike in many other African countries, where foreign holidaymakers arriving by plane had to go into quarantine for several days last year, he opened the East African country to tourism.

The opposition politician Tundu Lissu, who lives in exile, recently sparked speculation on Twitter about Magufuli’s disease of Covid-19. “With his devastated Covid denial, his prayer-instead-science craze has proven a deadly boomerang,” he wrote. According to his information, Magufuli was seriously ill and first taken to a hospital in the Kenyan capital Nairobi for treatment and then to India. Prime Minister Kassim Majaliwa, however, rejected speculation about Covid-19 disease and said the president was continuing to work on plans for the country’s development.

Magufuli polarized in the East African country. He was supported by proponents, among other things, because of his strong and uncompromising leadership style, large infrastructure projects and promises to fight corruption. Critics, however, condemned his increasing restrictions on freedom of the press and freedom of expression as well as his handling of the corona pandemic. The human rights record in Tanzania has steadily deteriorated under Magufuli, judged the human rights organization Human Rights Watch (HRW).

“This is an unprecedented moment for the United Republic of Tanzania and one that will undoubtedly move us all in a very personal way,” said opposition leader Zitto Kabwe after Magufuli’s death. The president will be remembered for his contribution to the development of Tanzania.

Magufuli was born on October 29, 1959 in the western Chato district and first became a teacher before he received his doctorate in chemistry from the University of Dar es Salaam and then went into politics.

Previous Post
Katalin Karikó: This woman made the corona vaccine possible
Next Post
Bayern and Chelsea easily in the CL quarter-finals