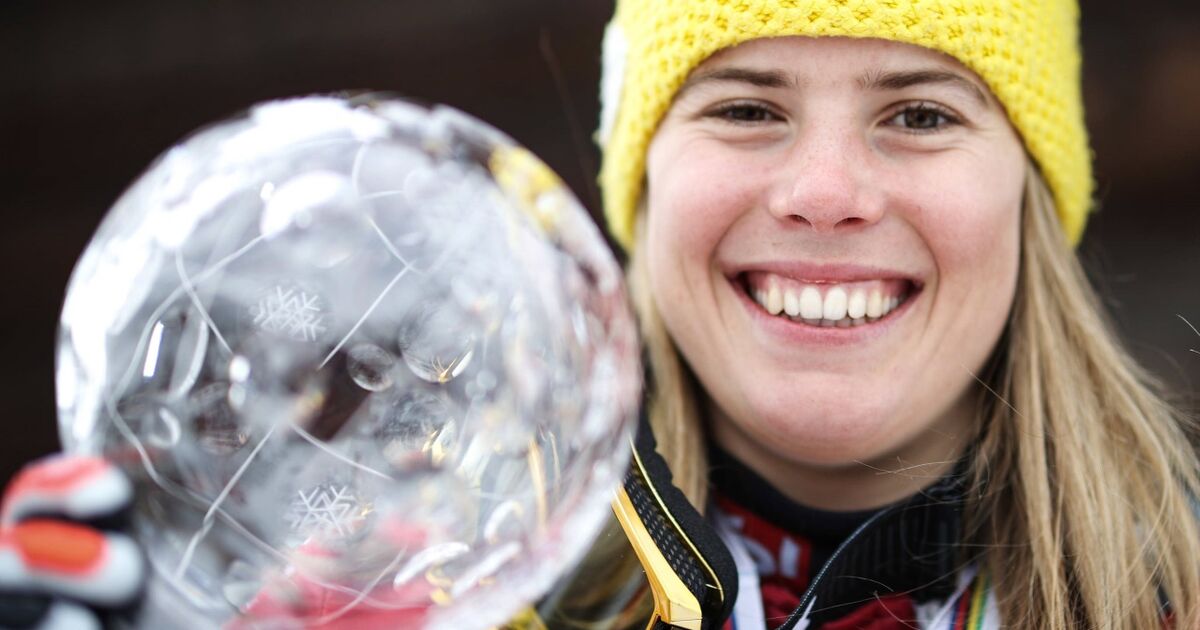 Tears of joy at Liensberger, highest praise from the competition

The award ceremony after winning her first slalom ball in the Alpine Ski World Cup was definitely an eventful one for Katharina Liensberger. “I had tears of joy. The whole thing is very emotional when you work for something for so long and often get setbacks and setbacks,” said the 23-year-old on Saturday. Her competitors showered her with praise. “She is the best slalom skier in the world. I have no words,” said the overall winner Petra Vlhova.

“It wasn’t always easy for me. But I never gave up hope and always believed that at some point everything would come back in life,” explained Liensberger, who was weighed down by the material dispute at the beginning of the preseason. In the nine races this season she was on the podium eight times, only in Jasna she missed it in fourth. She had to settle for second place four times. In Semmering she was eleven hundredths of a second short of victory at the end of December, and only five in Zagreb.

At the World Championships in Cortina d’Ampezzo, Liensberger then struck – and twice: Gold in the slalom and, under strange circumstances, in the parallel singles. “The World Cup may have been a bit of a surprise for some because it’s just a single race, a single day,” she said. “Often you would think that every now and then there are good days, now and then there are not so good days. But in the end the slalom crystal ball shows a season every day. That’s what I’ve been working towards can close strong is adorable. “

The sphere reflects “the big picture”. “The constancy and perseverance, the stamina, that shows in any case, because it is simply over a longer period of time,” said the Vorarlberg native in Lenzerheide. Mikaela Shiffrin, second in the Slalom World Cup this year, underlined this. “She has an extraordinary consistency and her highest level is the highest of all. It is incredibly deserved that she wins the ball this year,” said the American and added: “It is really great to be skiing at the moment see.”

Women’s racing director Christian Mitter referred to the patron’s mental strength. “It’s impressive to be able to go one better in the second round – similar to the World Cup”, said the Styrian and emphasized Liensberger’s determination: “She always works on herself, she learns quickly Wasting unimportant things, instead working on the essence of skiing. Many others do that too, but she gets to the point.

Liensberger is in no hurry with another, even bigger dream: Overall World Cup. In order to have a real chance, she would have to include Super-G and Downhill in her program, which “should come when the time is right”. She knows “that it is really a very tough season for athletes who also take part in speed races for a whole season”. A worn out Vlhova, who brought the big ball to Slovakia for the first time this year, was able to confirm this. “I will now discuss with my coaches what makes sense, what does not make sense,” said Liensberger.