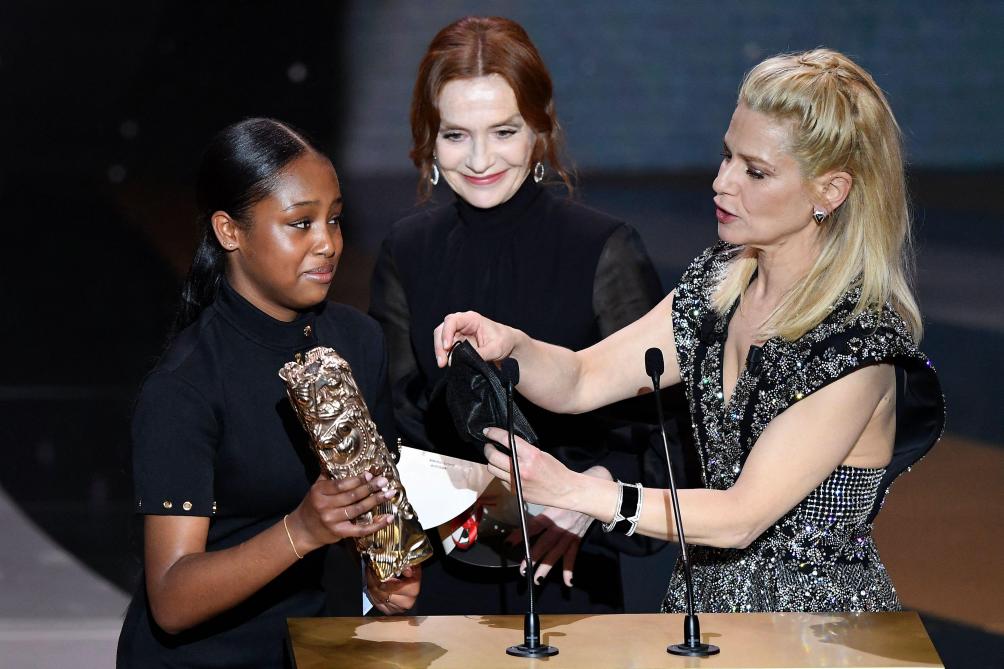 “Each generation must find its mission, accomplish it or betray it,” said Jean-Pascal Zadi, receiving his prize for “Simply black”, citing essayist Frantz Fanon.

“My mission is the mission of equality”, he added, stressing that his film spoke “above all about humanity”, and thanking black actors and filmmakers or from diversity who have ” opened the breach ”before him, from Omar Sy to Ladj Ly.

Jean-Pascal Zadi, 40, is the author, director (with his friend John Wax) and main performer of “Tout Simply Noir”, a first feature film, which hit theaters.

The film, a mock documentary, brings together a large number of black and mixed-race personalities, as well as white “guests”, such as Mathieu Kassovitz or Jonathan Cohen. He follows the obstacle course of JP, a failed actor, to organize the first big black protest march in France.

This autodidact grew up in the surroundings of Caen (west) with ten brothers and sisters, a mother cleaning lady and a father who lived from small jobs.

“I would like to tell all the people of my age who want to make cinema or who have a passion to follow their dreams, because it is the most important”, declared before him Fathia Youssouf, rewarded at only 14 years old for her role in “Mignonnes” by Maïmouna Doucouré.

She thus became one of the youngest winners of French cinema awards for this teenage role joining a dance group formed by other girls from her neighborhood.

The young girl, who grew up in Brittany, responded by chance to a casting on Facebook. She caught the eye of the Franco-Senegalese director Maimouna Doucouré who chose her from among 700 young girls auditioned for this character inspired by her own childhood.

Fathia Youssouf was among the New York Times’ 20 Best Actresses in 2020 list, for this character torn between the rules of a polygamous Senegalese family and the tyranny of social networks and selfies.

The film “Mignonnes”, broadcast on Netflix outside France, had sparked heated debates in the United States, the American right accusing it in particular of hypersexualizing children.