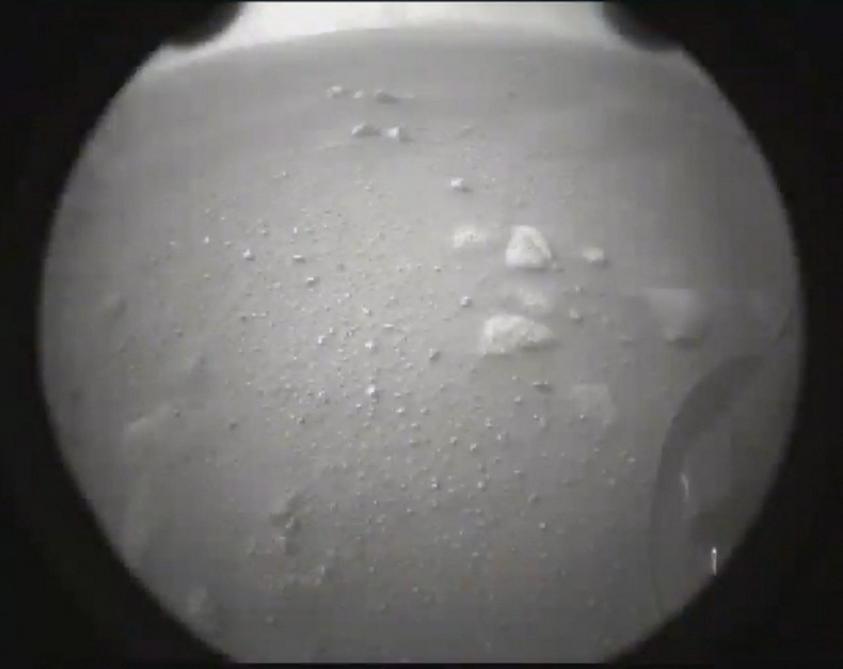 The rover’s landing landed on the neighboring planet without incident and will be able to begin its mission.

LA NASA brilliantly succeeded Thursday in landing its Perseverance rover on Mars, the fifth vehicle only to have made the trip without a hitch, but the first to post the objective of finding, in the years to come, proof of past life on the planet red. “Landing confirmed!” Exclaimed at the scheduled time, 8:55 p.m. GMT, Swati Mohan, in charge of operations control at the Jet Propulsion Laboratory, in Pasadena, California.

Cries of joy echoed in the control room, even if the teams present were fewer than usual because of the Covid-19 pandemic. NASA immediately communicated two photos taken by the rover on the spot, in black and white, including one on which we can see the shadow of the vehicle projected on the ground.

Perseverance drove more than 470 million kilometers in 203 days. The landing maneuver was ultra-perilous and the site chosen, the crater of Jezero, the most risky ever attempted, because of its relief.

After entering the Martian atmosphere at 20,000 km / h, friction with the air raised the temperature of the ship to 1,300ºC. The rover was protected by a heat shield, which was only released after the opening of a huge supersonic parachute.

Eight retro-rockets finished slowing the vehicle, the most complex and the largest (one ton) ever sent to Mars, before it deploys its six wheels, suspended along cables until contact with the ground.

NASA has promised an unprecedented video of the dizzying descent on Monday. Two microphones should also have already recorded Martian sound for the first time – which should be confirmed this Friday morning.

Previous Post
Oldest DNA in the world analyzed is from a mammoth 1.6 million years ago
Next Post
No travel outside Europe before early May for TUI