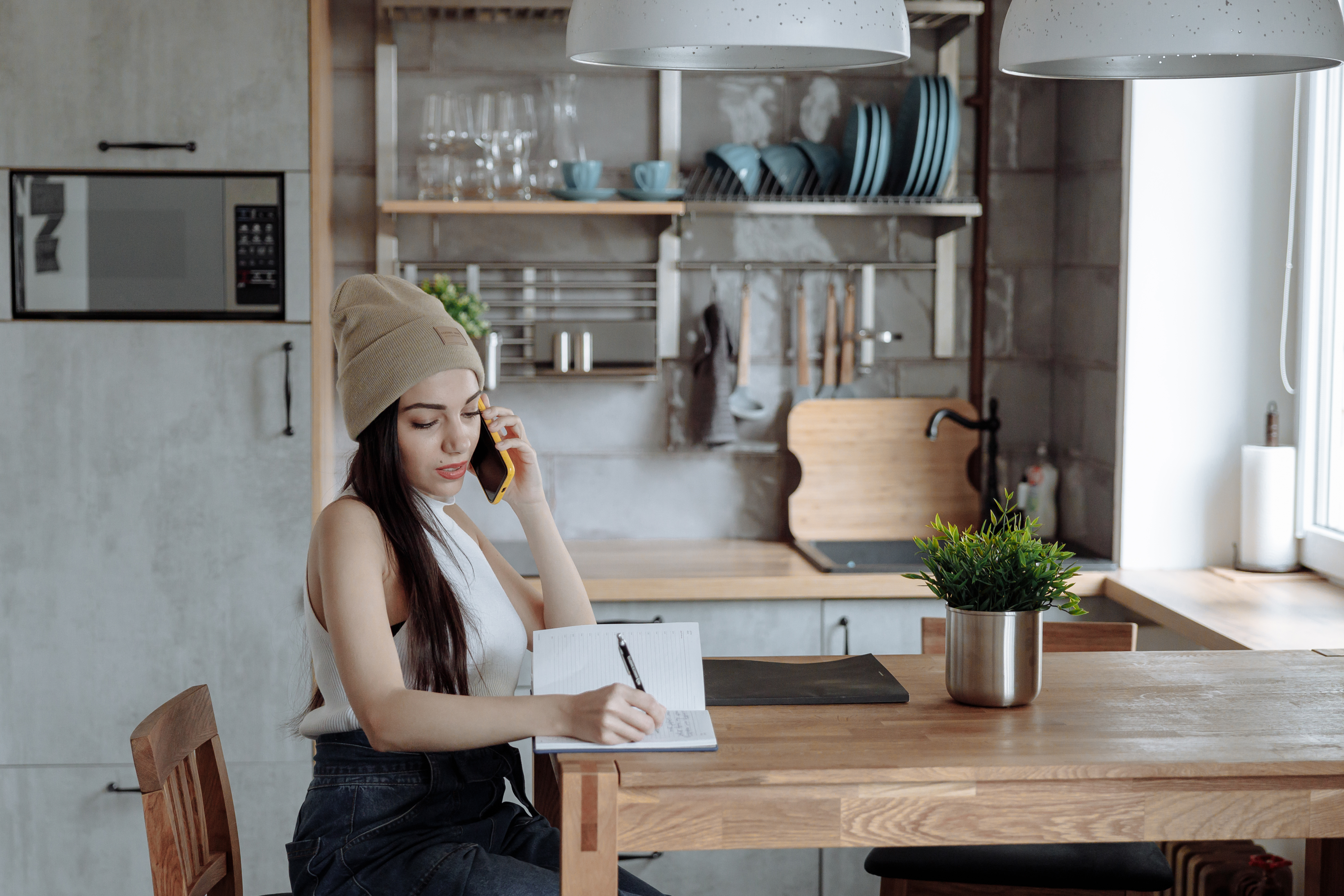 Located on Route 25A in Stony Brook and within walking distance of the still-working Grist Mill and the historic Three Village Inn, the Long Island Museum offers visitors an immersion in the area’s rural past through three modern exhibit buildings and five authentic structures scattered across a nine-acre campus.

Accredited by the American Alliance of Museums in 1978 for excellence in exhibits, programs, and collections care, and one of the few Smithsonian affiliates in the country, it showcases American history and art with a Long Island connection.

With its origins in the Suffolk Museum, whose original building on Christine Street still stands, it was established to preserve, display and interpret artifacts by five founding members at the end of the Great Depression: Ward Melville; his wife, Dorothy Bigelow Melville; Robert Cushman Murphy, noted naturalist; Winfred Curtis, local physician; and OC Lemphert, insurance broker.

A growing collection, along with the addition of carriages in 1952, soon prompted a search for a new location, which became the Museum of History off Route 25A. New to what were then called “Museums at Stony Brook”, it was old to the area.

The site was once the location of the DT Bayles Lumber Mill, whose lineage dates back to 1874 and operated until 1955. Melville purchased the building at the time.

The History Museum, which serves as a Visitor Center and gift shop, is the site of changing art exhibits. His most recent “Fire and Form: New Directions in Glass,” for example, encompassed some fifty works by eight contemporary artists, whose variety of approaches, inspirations, and starting points demonstrated the almost infinite nature of sculptural creation.

The separate Cowles Gallery, named after Sharon Cowles, who once lived alongside Dorothy and Ward Melville and recently made a significant contribution to the museum, displays works from her permanent collection.

Cornerstone of the Long Island Museum complex, which is located across Route 25A, the 40,000-square-foot Dorothy and Ward Melville Carriage Museum occupies the site of the former Stony Brook Hotel and represents the era of pre-motorized transportation. through more than a hundred horse-drawn vehicles exhibited in eight galleries.

Its centerpiece, which is visible as soon as the visitor enters the building, is the “Grace Darling”, a beautifully decorated 45-passenger bus originally pulled by half a dozen horses. Richly upholstered and spring-loaded to reduce wheel shocks on unpaved trails, it was used on excursions to the coast of Maine between the 1880s and the early 20th century.

The “Going Places” gallery features railcars commonly used on Long Island, along with a fiber-optic map illustrating the development of regional transportation routes.

The Wells Fargo Coach, one of its exhibits, is representative of the vehicles used by Wells Fargo and Company, whose transportation services were vital to the country’s westward expansion. Inaugurating overland passenger service in April 1887, he assessed the then astronomical fare of $275.00 for the route from Sacramento, California, to Omaha, Nebraska.

The “Carriage Exhibition” gallery, based on the 1893 World’s Fair Carriage Building, highlights the opulence that wealth could inject into a carriage.

“Carriage Making: From Hometown Shop to Factory” features the museum’s collection of vehicles that were factory-built by the Studebaker brothers, as well as the Graves Brothers’ Carriage Shop, an original facility century in Williamsburg, Massachusetts, which has been reassembled here.

The “Streets of New York” gallery, complete with simulated burning buildings, showcases the types of carriages and vehicles that once roamed its bustling streets. One of them, a tram from 1887, allows the visitor to trace the origins of mass transportation. Pulled by one or two horses, it traveled on rails, allowing New York City to move its masses on horse-drawn carriage lines between 1832 and 1917. They were replaced by streetcars and motorized streetcars, before being usurped by elevated railways a steam that eventually gave way to electric subways and subways.

The Crawford House Coach, located in the “Driving for Sport and Pleasure” gallery, was sold to the New Hampshire resort of the same name in 1880, transporting up to 20 passengers, their luggage and merchandise between the train station and the hotel. and bending narrow and winding paths as he did.

The “Long Island in the age of the carriage” is a recreation of an intermodal transportation scene. A royal deportation car once picked up passengers at the Long Island Railroad’s Stony Brook Station and delivered them to surrounding villages. The snort of steam locomotives completes the recreation.

Although horse-drawn carriages may not conjure up images of luxury, two other galleries dispel this myth: the “Gentlemen’s Carriage House” and the “European Vehicles” gallery. The first showcases the opulent vehicles that inspired the 19th-century Gold Coast carriage houses, once an integral part of Long Island’s North Shore mansions, and the second showcases royal vehicles used by European nobility.

In addition to the Dorothy and Ward Melville Carriage Museum, original structures throughout the rest of the Long Island Museum campus, accessed by walkways, exude a rural feel.

The Samuel H. West Blacksmith Shop, one of them, dates to 1834 and was originally located on Main Street in nearby Setauket. Completely rebuilt between 1875 and 1893, the building, of circular mortise-and-tenon sawn timber, was the heart of its multifaceted and interrelated trades, which included ironwork, wheeled and wheeled vehicle making and repair, and blacksmithing. But the advent of the motorized automobile during the 1920s soon eliminated the need for it.

Some three decades later, The Museums of Stony Brook acquired the structure, which now displays artifacts from the period.

The 1794 Williamson barn next door was originally located on the Stony Brook farm of Jedidiah Williamson, a Revolutionary War hero who made a living as a farmer, mill builder, and carpenter.

The 1867 Smith Carriage Shed, next to the barn, was originally located on Timothy Smith’s farm in St. James and was used to protect carriages from inclement weather while parishioners attended services at St. .James next door. Its wrought iron rings served as horse tethers during this time.

No 19th-century restoration would be complete without the almost iconic one-room schoolhouse, and the Long Island Museum campus doesn’t fail to respect it. Designated the Nassakeag, or South Setauket, Schoolhouse, it was built by Frederick A. Smith in 1877 on Sheep Pasture Road in his namesake town on the site of an earlier structure built in 1821 that served the same purpose.

Due to the significantly smaller population of the area, it offered a completely different educational concept than modern institutions. It housed approximately thirty students ranging in age from five to fifteen, occupying the same space. It was, as far as a small one-room building could manage, sexually separated, the boys entering the right door and the girls entering the left, each sitting on their respective sides. Each vestibule contained hooks for coats, hats, buckets, and mugs. Heat was provided by a single stove, and a single teacher taught all grades. The students used notebooks made of paper, as well as erasable boards. The curriculum involved the three ‘r’s, meaning reading, writing and ‘rhythmetic’.

The rural location of the school dictated its seasonal sessions, which included summer and winter, while spring and fall were reserved for home life, where students were respectively needed for planting and harvesting, plus all the range of other agricultural functions. .

After the Setauket school districts were consolidated in 1910, the building fell into disrepair, but was purchased by The Museums of Stony Brook and moved to their campus 46 years later.

Opposite there is a fountain and a horse trough. Donated to New York City in 1880 by philanthropist Olivia Egleston Phelps Stokes and originally located at the intersection of Madison Avenue and 23rd Street, it is an example of Beaux Arts stone and marble work. The 20-ton structure provided drinking water for both people and horses. But when it was made obsolete by the automobile, it was dismantled in 1957 and acquired by the Long Island Museum. Now located next to a herb garden, it is fully operational.

Other campus attractions include the Smith-Rudyard Cemetery, which remains on its original site and contains gravestones from 1796 to 1865, and a museum building, whose two galleries feature temporary exhibits showcasing American art and history.

The most recent, “Tiffany Glass: Painting with Color and Light,” was considered the first of its kind at the Long Island Museum.

“As a painter, Louis C. Tiffany was captivated by the interplay of light and color, and this fascination found its most spectacular expression in his paintings on glass,” according to the museum’s website. “Using innovative new techniques and materials, Tiffany Studios created LED glass windows and lampshades in vibrant colors and richly varied patterns, textures and opacities.”

The Long Island Museum offers a return to rural life in the 19th century and reflections and reinterpretations of the present.