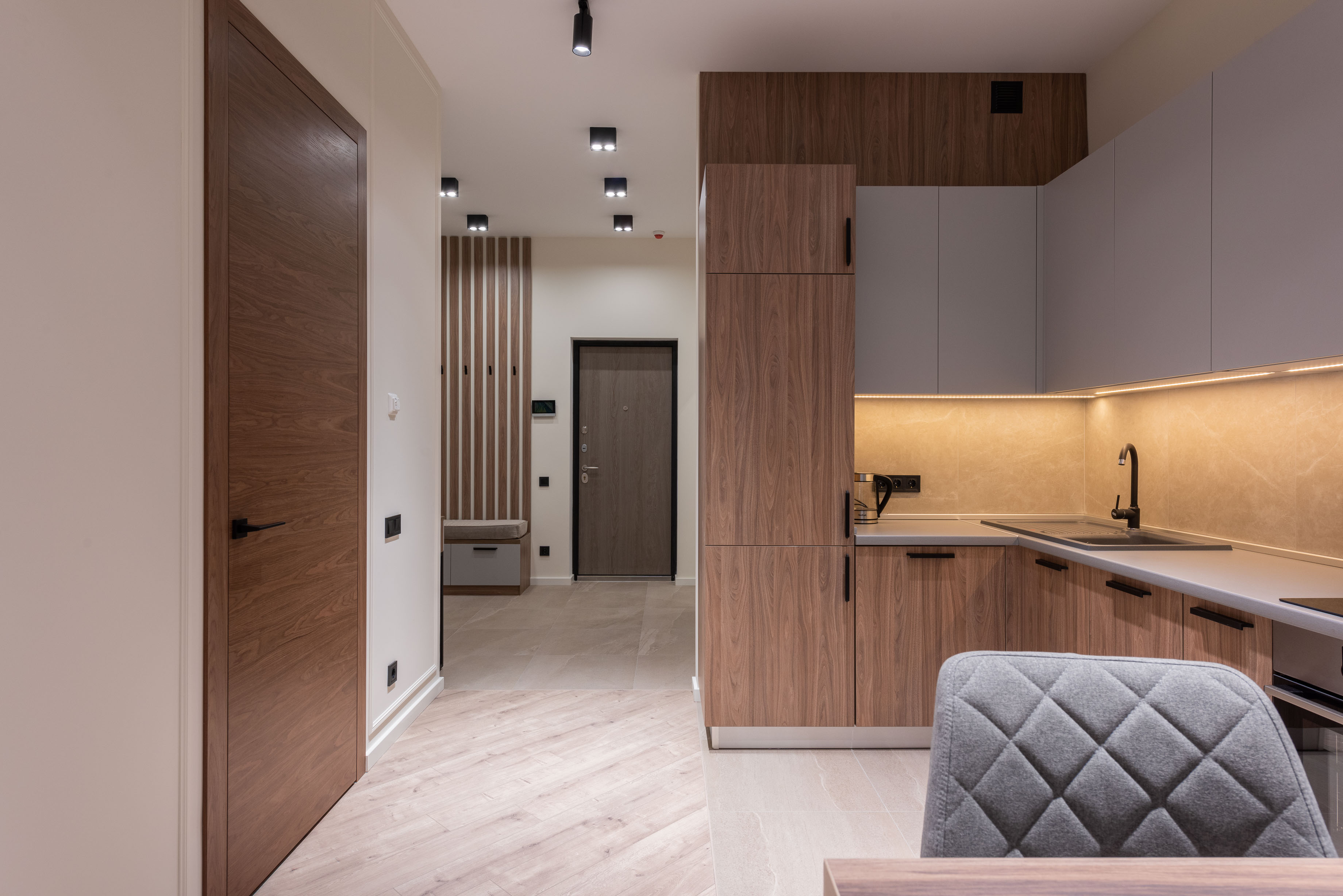 “What Dean & Deluca did was give the food market a clean art that made it very current, very tied to the time when SoHo was getting noticed,” says New York Times food scoopmeister Florence Fabricator. who wrote about the store. almost from its inception. “Jack Ceglic was responsible for a lot of that, the industrial aspect. And Giorgio and Joel were really fans of product discovery. It all tied together. And the other big thing that they tapped into was the need for convenience foods.”

In fact, the time had finally come when it was socially and financially acceptable for young professionals, and even harassed suburban mothers, to bring home freshly prepared dishes, along with salads and sides bought by the pound. In an earlier era, prepared foods were problematic: they seemed too fancy and expensive (as Jean Vergnes discovered during her brief experiment with Stop & Shop in the 1960s) and, for women, they seemed like an evasion, a betrayal of their duties. domestic. But with more women in the professional workforce and more people buying into the general idea of ​​eating “gourmet,” especially if it had the go-ahead from a high-end store like Dean & DeLuca or EAT, prepared foods began to take off — Rob Kaufelt , who grew up in the supermarket business and now runs Murray’s, New York’s beloved cheese shop, calls the boom in prepared foods “the biggest change in the grocery business in thirty years.”

Dean & DeLuca’s secret weapon in this regard was Felipe Rojas-Lombardi, who for a time was a partner in the store of the owners of the same name and Ceglic. Peruvian by birth, Rojas-Lombardi had come to Dean & DeLuca through the James Beard School of Cooking, where he had risen through the ranks to become the master’s right-hand man in the kitchen. Rojas-Lombardi had also worked as an in-house chef for New York magazine, his go-to man for testing recipes. This pedigree proved helpful not only in getting constant ads for the store in Beard’s syndicated column and in New York, but also in the fact that Rojas-Lombardi was a skilled and inventive cook: she grilled chickens tandoori-style, grilled salmon grilled over cedar planks and took chances on such extravagant entrees as elk steak and his notorious forty-cloves-of-garlic rabbit. “Felipe made some of the first pasta salads people had ever seen,” says Ceglic. “He did everything with the products we were selling, and people understood that.”

“The idea was that if you didn’t know what a sun-dried tomato was, well, here it was, in a pasta salad,” Dean said.

The third point in New York’s prepared food triangle, with Dean & DeLuca at the center and EAT serving the Upper East Side, was Silver Palate, a small shop on the Upper West Side, on what was then a monotonous stretch of Columbus Ave. The genesis of The Silver Palate lies in a mid-1970s catering company called The Other Woman, a one-person operation run by Sheila Lukins, a young mother of two who cooked in her Central Park apartment. West. As his company name and tagline suggested (“So discreet, so delicious, and I deliver”), Lukins’ clientele was overwhelmingly male: professional men who wanted their dinners catered for, but not in an overly fussy way, by Edith Wharton style.

Lukins was a self-taught cook, more or less: she had taken a course at London’s Cordon Bleu while she and her husband lived there, but “it was the course for dilettantes,” she says. Her greatest inspiration was not Child and Company’s Mastering the Art of French Cooking, but the more practical, less labor-intensive recipes in Craig Claiborne’s New York Times cookbooks and her Sunday articles for Times magazine. Lukins’ cuisine was eclectic but somehow complete: aspirational comfort food: moussaka, lasagna, ratatouille, stuffed grape leaves, and the quintessential Lukins dish, Chicken Marbella, the quartered bird baked after a long soak in a marinade. Mediterranean style of oil, vinegar, garlic, plums, olives and capers.

While running The Other Woman Catering Company, Lukins met Julee Rosso, a young professional who worked in the advertising division of Burlington Mills, the textile company. Rosso had attended many events hosted by Lukins and she was so impressed that one day she approached Lukins with a proposal. “She said, ‘A lot of women are working late now. What if we open a store for them?'” Lukins recalls. The two started the business as Silver Palate in the summer of 1977, with Lukins as cook, bringing food from her apartment several times a day to the store, which then had no kitchen, and Rosso as saleswoman and front man.

“It was a big deal for two women to start a business together in 1977,” says Lukins, who believes this angle helped the store garner almost as sycophantic and widespread press coverage as Dean & DeLuca’s. Zabar was the odd man out when it came to the press. EAT was flourishing, offering an even more extensive and dazzling line of prepared meals than Silver Palate, but the owner’s truculence prevented him from being a favorite of the press, a circumstance that only worsened in the 1980s, when writer Julie Baumgold, wife of the then New York publisher Edward Kosner, for attempting to return an item he had purchased. (“I told him to fuck off, because there was nothing wrong with that,” Zabar says.)

“Eli is a great merchant and his store was always amazing, but I don’t think he liked us at all,” says Lukins. “I think he thought we copied it, and we didn’t. I mean, we were a little corner of his shop! But we got the publicity and the good reviews.” A year after opening, Silver Palate was selling its own line of wares at Saks Fifth Avenue, including items like winter fruit compote, Damson plums in brandy, and cranberry vinegar.

Four years later, The Silver Palate Cookbook was published by Workman and became the cookbook of the 1980s, not just in Manhattan but across America. More disciplined and down-to-earth than The Moosewood Cookbook, but less intimidating and adult than the two-volume Mastering the Art of French Cooking, Lukins and Rosso’s book was perfect for multitasking baby boomers who had it all and wanted to cook. ok but not all the time. Her introduction recalled the state of affairs that led the two ladies to make the decision to open their shop: a new era in which women found themselves juggling “school schedules, business appointments, political activities, art projects, sculpture classes, going to the movies, exercising, theater, chamber music concerts, tennis, squash, weekends in the country or on the beach, friends, family, fundraising, books to read, [and] shopping,” and yet they were forced to “prepare creative, well-balanced meals and occasional dinners at home.” The Silver Palate lifestyle offered two solutions: He could use Lukins and Rosso’s recipes, or buy their and prepared meals.

The very emergence of the word “lifestyle” in the late 1970s marked a progression in America’s food culture. Stylish living was no longer just for the wealthy boulevards, but for anyone who considered themselves upwardly mobile, and eating, cooking, and grocery shopping was about as stylish as it got. In 1976, when The New York Times expanded from two to four sections a day, introducing a new daily business section and a rotating fourth section devoted to soft news and service journalism, the first two “fourth sections” to appear They were Weekend (Fridays). ) and the Living section (on Wednesdays), both with a strong gastronomic component. The Weekend section included the restaurant review column, which was longer and carried more weight than when Claiborne introduced the column in the early 1960s. Whereas Claiborne’s early columns used to be summaries, devoting only a blurb or short paragraph to each restaurant, the new version evaluated no more than two restaurants at a time, with much more intimate first-person reviews from the newer version. Times review, Mimi. Sheraton.

The Living section leaned even more towards gastronomy, with shopping news and product reviews from Florence Manufacturer; a wine column by Frank Prial (a subway reporter who happened to be an oenophile); health and nutrition news from Jane Brody; Claiborne’s recipes, essays, and travelogues; and a new column by Pierre Franey, signed at last, titled “60-Minute Gourmet.” Arthur Gelb, who was put in charge of the new culture sections by the paper’s executive editor Abe Rosenthal, had wanted to lure upwardly mobile home cooks with time constraints by publishing a column called “30 Gourmet Minutes”; Gelb and his wife, Barbara, were impressed by Franey’s ability to prepare quick, simple, and delicious Hamptons meals (flounder in butter sauce, for example, or pork chops with capers) after a long day of exploring. fishing.

But Franey was still too purist to limit himself to thirty minutes. (Like many chefs, he, too, was queasy about the word “gourmet” and preferred the title “60-Minute Chef,” but gave in to Gelb on that issue.) The first “60-Minute Gourmet” column featured a shrimp “margarita” recipe, a Franey invention that called for shrimp to be cooked in a sauce of tequila, shallots and cream, with avocado slices at the end, and began with a statement of intent (written by Claiborne) that stated, “With inventiveness and a little planning, there’s no reason why a working wife, single man, or cooking husband couldn’t whip up a fancy meal in less from one hour”.

Excerpted from The United States of Arugula: How We Became a Gourmet Nation by David Kamp Copyright © 2006 by David Kamp. Excerpted with permission from Broadway, a division of Random House, Inc. All rights reserved. No part of this excerpt may be reproduced or reprinted without the written permission of the publisher.

an excerpt from the book The United States of Arugula