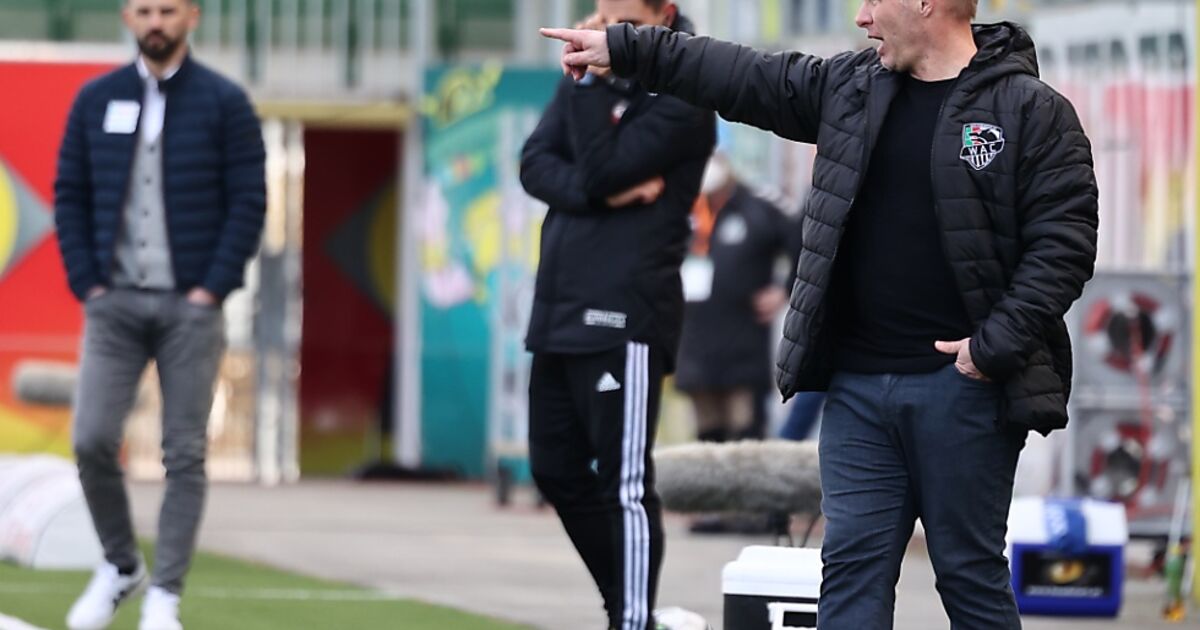 In the Lavanttal-Arena there will be a soccer Bundesliga duel with a final character on Sunday. In the event of a victory over WSG Tirol, the fifth-placed host WAC would finish the basic round under the top six and thus continue to play in the championship group. The table seventh from Wattens urgently needs a point increase in order to maintain the realistic chance of the upper play-off.

WAC coach Roman Stary celebrated a very successful debut last week with a 4-0 win in Ried and is now hoping for a similarly strong performance from his team. “I was overjoyed with the win because I was happy for the team. There was a sense of security again,” said the 47-year-old.

Ferdinand Feldhofer’s successor has had many conversations with the professionals since he took office and returned to midfield diamond – these measures had an effect, as the performance in the Innviertel has proven. “There’s a certain lightness there again,” explained Stary.

The Viennese do not want to disturb the current feeling of wellbeing by putting too much pressure on his kickers. “It is important to me to convey to them that we have it in our own hands and that we can avoid a final against Austria (note: last WAC opponent in the regular season in a week).” He does not want to speak of a playoff because “it might not be easy anymore”.

The WSG are “still the surprise of the season for Stary. They were beaten under value in the last few games and were very unlucky,” said the WAC supervisor about the Tyroleans. “In the match against us they will throw everything in to make the most of their great chance at the championship group.”

In line with this, WSG trainer Thomas Silberberger announced full speed. “‘Do or die’ is the motto. A draw doesn’t really help us. We have to win in Lavanttal to have another chance at the championship group. Then the last round will be the heartbeat finale,” said the Tyrolean.

Silberberger has special respect for WAC director Michael Liendl. “It is important to keep him under observation, to block his pass routes and to restrict his walking routes. That is half the battle. For me, Liendl has not only been the best midfielder in Austria since the Feldhofer case.”

The Wattener have brought two wins and one draw in the previous three league duels with the WAC. In the table they are four points behind the Wolfsbergers, two behind the sixth Hartberg and one point ahead of eighth-placed Austria. A home game against Rapid awaits the Tyroleans next week.