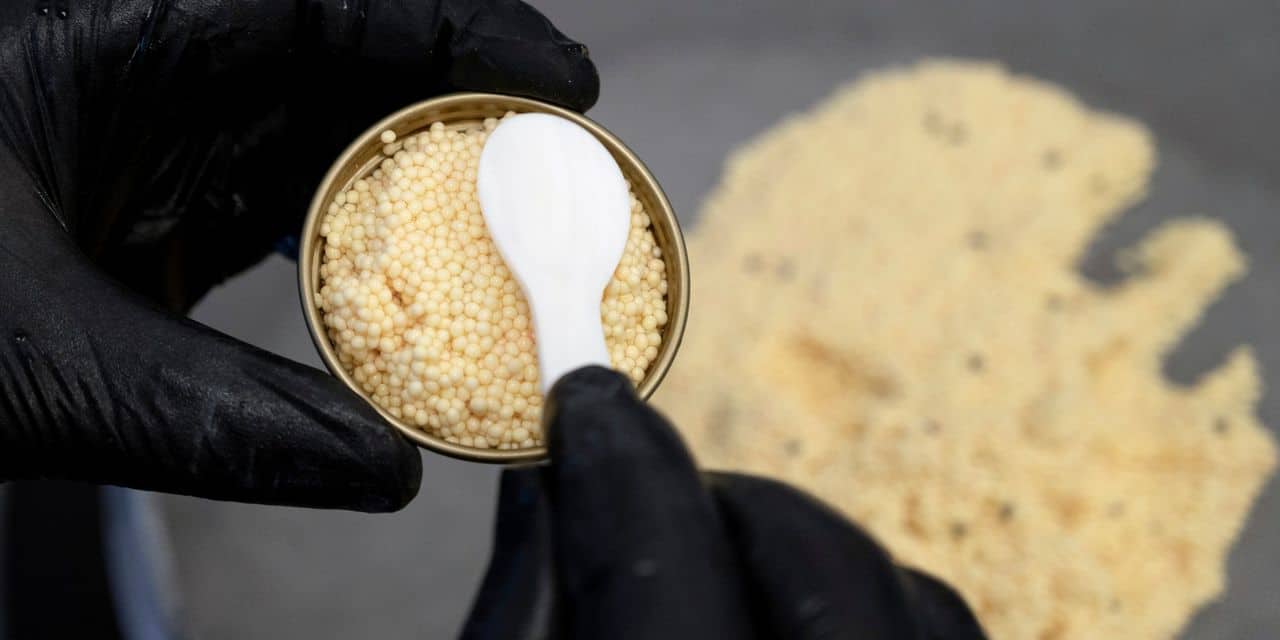 Stefan Astner inspects in waders at the foot of a magnificent alpine setting of the extremely rare albino sturgeons, whose caviar at astronomical cost is shipped all over the world for New Year’s Eve.

He works in Grödig, a village near Salzburg, Austria, where females grow gold eggs in fish farms. In the workshop, boss Walter Grüll delicately cuts the flesh of one of them, aged 16, to extract a surprisingly cream-colored caviar. “It is even softer, even more melting than the one that is traditionally black”, he said, washing his crop. The latter weighs only 600 grams and is worth… 8,000 euros. This is three times more than black caviar, already considered a luxury product.

“These eggs are among the most expensive foods in the world. They represent only 1% of our total caviar production”, says Walter Grüll.

In the next room, her daughter Alexandra is preparing around forty refrigerated packages. “It leaves for Germany, Italy, Spain”, she explains, her nose on the order forms. The end of year celebrations represent nearly 40% of its annual turnover.

The names of the clients will not be revealed, discretion is a guarantee of success in this sector. Many of them are located in Asia, Russia and the Middle East.

A famous premium car brand just called and recently the house received an offer from an airline wishing to offer its premium customers “Made in Austria” caviar.

The quality of the eggs, without melanin, owes a lot to the crystal pools in which they evolve. The purity of the water from the peaks is, for example, perfectly suited to the Danube sturgeon. This species can live up to 120 years, present on earth at the time of the dinosaurs, is on the verge of extinction in its natural environment in Russia or Iran.

Global production from wild sturgeon collapsed in the 1980s due to overfishing and pollution.

According to the latest statistics, 2,480 farms in 55 countries produce 415 tonnes of caviar per year. But only 30 to 40, including two or three in Austria, offer white.

Tasting this exceptional food will forever remain a privilege. When by a miracle an albino reached adulthood in the wild and ended up fished in the Caspian Sea, its white eggs were reserved exclusively for the Shah of Iran.