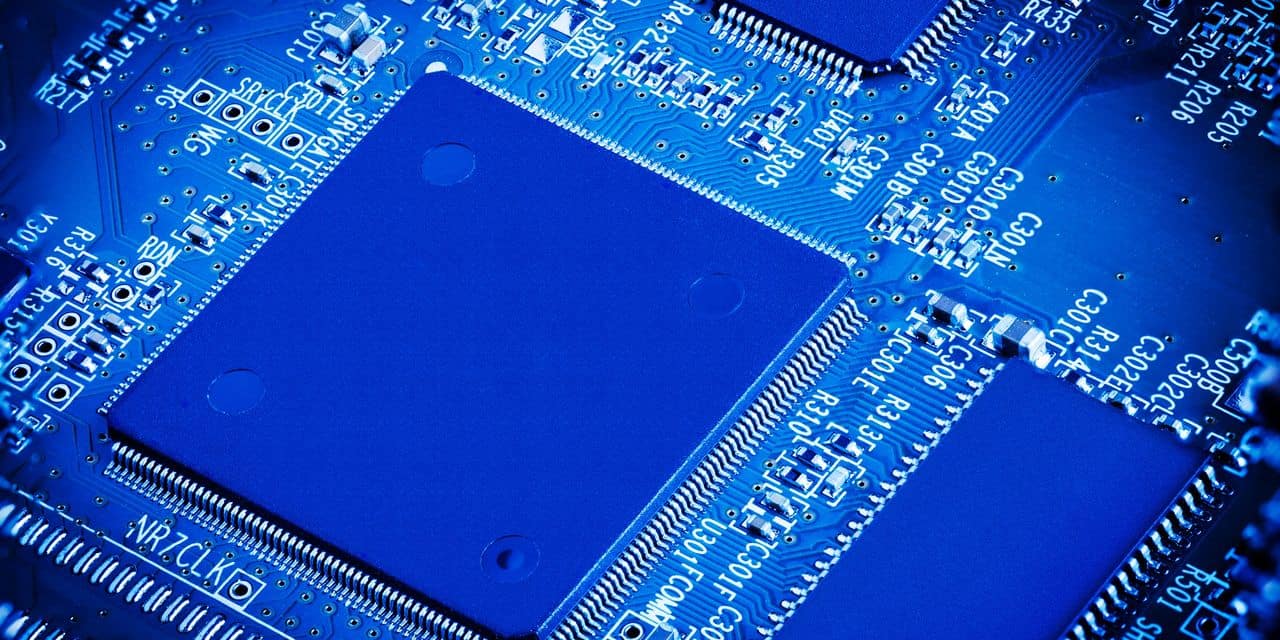 During lockdowns due to the Covid-19 pandemic, consumers have flocked to computers, tablets or game consoles, which work with chips.

These tensions in the market became glaring when automakers sought to source more semiconductors, and realized that manufacturers were prioritizing consumer electronics.

The hardest blow to the automobile

The automotive industry is the most visible victim of the chip shortage to date, with giants like Ford and Volkswagen forced to cut production, but other sectors are also affected.

“The combination of the coronavirus storm, inventory spikes due to the trade war, and the paradigm shift of telecommuting is causing a shortage of semiconductors.”, Neil Mawston, executive director of consulting firm Strategy Analytics, told AFP. “Everything that has a chip is affected, cars, smartphones, game consoles, tablets and laptops.”

“Electronic goods and vehicles will be produced in fewer numbers and will be more expensive in 2021”, he predicts.

Deliveries of some iPhone 12 models have been limited due to a lack of components, according to the Bloomberg agency. While a deficit of certain chips has been cited to explain the difficulties in obtaining the new PlayStation 5 from Sony and the latest XboX console from Microsoft.

The automobile first, the others after

Several semiconductor manufacturers, such as the American giant Qualcomm and its competitor AMD, are warning of a growing crisis.

The semiconductor supply chain is complex. The American giants, which supply manufacturers of consumer electronics, design the components but for the most part do not manufacture them. Asian subcontractors, such as Taiwan Semiconductor Manufacturing Company (TSMC) or South Korean Samsung, manage most of the production lines.

Manufacturers also have difficulty meeting demand from different sectors as a change in production mode can take them months.

Taiwan, home to some of the most modern semiconductor foundries, has found itself under pressure from automakers and governments.

The island pledged last month to ramp up production of chipsets for automakers, while TSMC ensured that the automobile was “his highest priority”, while noting that its factories were already operating at full capacity.

The launch of 5G has made matters worse, with a need for a large number of chips for a new generation of mobiles, wireless infrastructure and other equipment, said GlobalFoundries, a semiconductor manufacturer whose the headquarters are in the United States and the factories in Singapore.

Washington, which accuses Huawei, without having published any evidence, of stealing American trade secrets, is blocking the supply of the Chinese giant with semiconductors made from American technology.

The lack of chips could delay production of nearly a million vehicles in the first quarter of this year, according to research firm IHS Markit. But analysts believe that it is still too early to measure the consequences on other sectors.

The deficit should be reduced during the year thanks to the vaccination campaigns which will allow the factories to return to a normal regime and new factories should also start.

But other shortages could occur in the future, analysts point out, calling for more local production in countries in demand.

“Semiconductors are at the heart of the global economy”, GlobalFoundries said in a statement, calling on governments to invest and “play their part to help bridge the clear mismatch between supply and demand.”

Previous Post
Neckermann asks to be protected from his creditors: “We still have not received financial support from the authorities”
Next Post
Koji, magic mold soon to be an essential ingredient for great chefs?