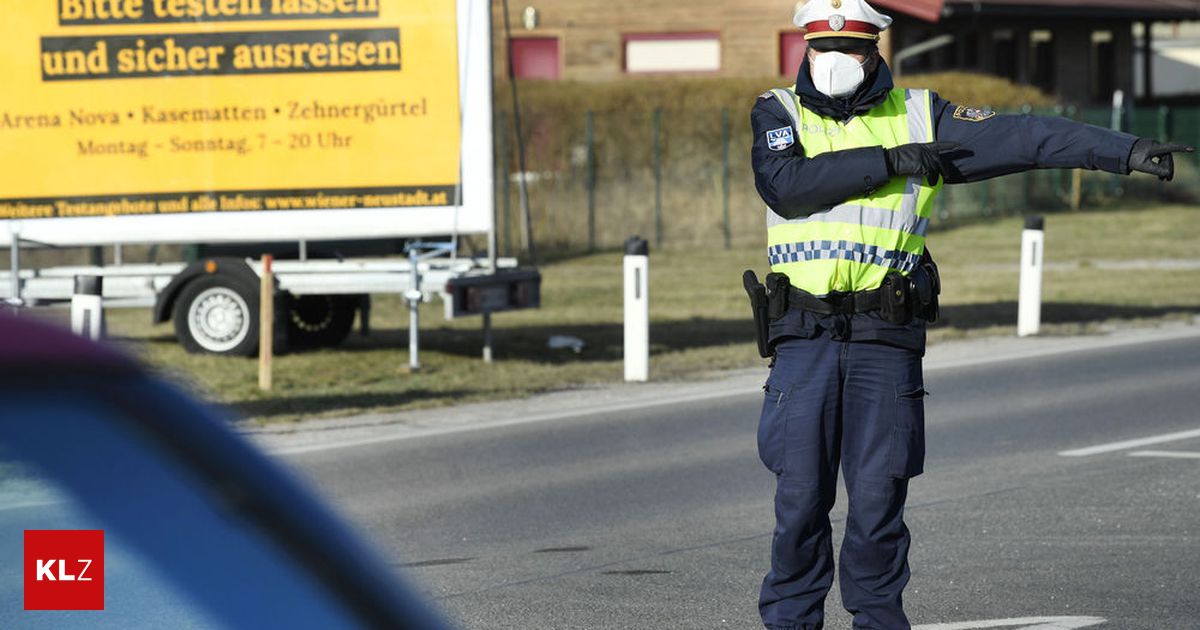 Wiener Neustadt: Police have Facebook group “on the radar”

Almost 4,500 identity checks were carried out, according to the police, there were 52 rejections and one complaint on Monday. You can find out about alternative routes and checkpoints on Facebook.

At the exit controls in Wiener Neustadt there were 52 rejections and one complaint on Monday. Nearly 4500 identity checks had been carried out at the train station and on the city exits, said police spokesman Raimund Schwaigerlehner With. Nearly 99 percent of the people had therefore adhered to the regulations, he noted positively.

According to a newspaper report, there is already one with more than 400 members Facebook groupwho have been circulating clues to evade the controls. “We know about it and have this group on our radar,” confirms Schwaigerlehner. The number of active members is manageable, however, the majority of the population understand why these measures are needed and also adhere to the rules. The deployment plan is also continuously being adapted and expanded, but “comprehensive control of the entire area is not possible. We would only be able to manage that for a few days,” says Schwaigerlehner.

Even in the Facebook group itself one was already on the media presence attentive. While some write that there are also radar warnings on the radio, other members claim that they only want to avoid congestion. In fact, there are regular warnings about checks – and also where you have free travel. The media presence is clear, some members have already suggested using Whatsapp or other messenger services.

The controls of the police would find “with Common sense and instinct“instead, stressed the city chief Klaus Schneeberger (ÖVP) on Tuesday. At the same time, he warned of collateral damage to the economy. If sales are down by 40 percent compared to 2019, companies need help. He had discussed this with the Regional Economic Council Jochen Danninger (ÖVP) as well as already dealt with the Ministry of Finance, said Schneeberger.

The FPÖ state party and club chairman also spoke of negative economic consequences for the statutory city Udo Landbauer on Tuesday on the sidelines of a press conference. He described the “Ring around Wiener Neustadt” and the associated controls as “full of holes like Swiss cheese”. It is easy to get out of the city by car without a test.

Previous Post
Bayern ahead of promotion, Chelsea have an advantage against Atletico
Next Post
AVISO: Press conference for JUNOS students to present the top candidates and the campaign for the 2021 ÖH election