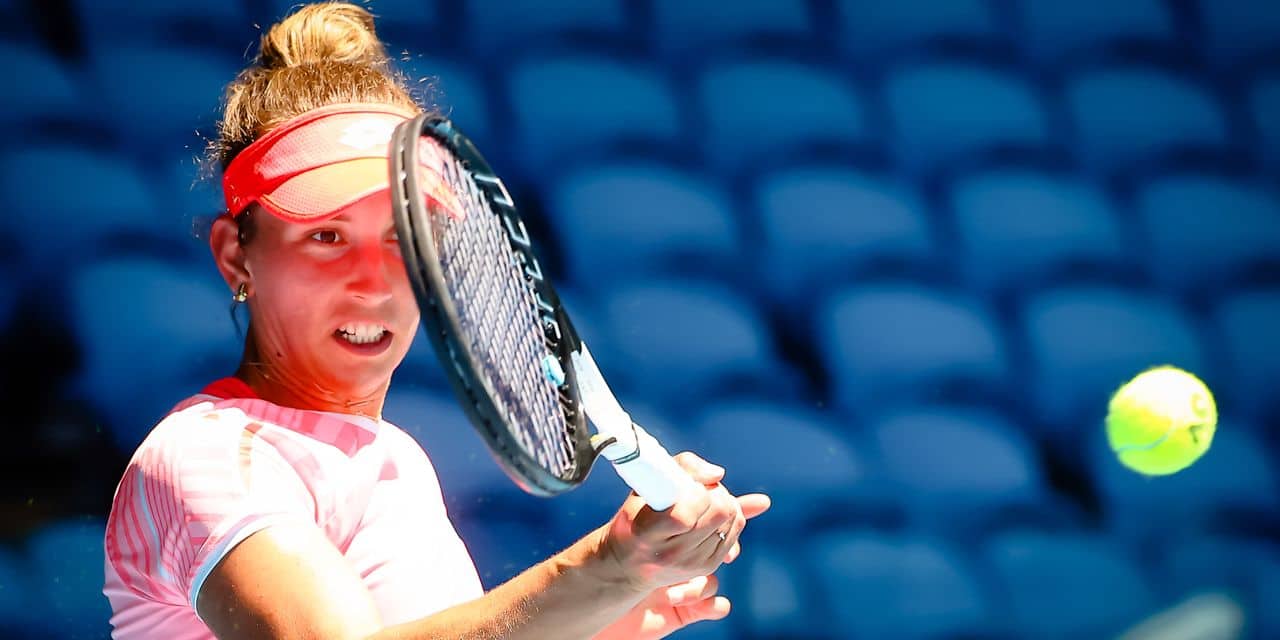 The Belgian number 1, 25, saw her opponent lead quickly 4-1 in the first set. Showing the same mental and hard-working qualities as the day before against the American Jessica Pegula, Elise Mertens returned to 5-4, serve to follow. While she could pick up the score, the Limburgoise conceded her throw-in for the third time in the set. More enterprising, Muguruza therefore logically took the lead (6-4). If the first set was disjointed, the second saw the two players further raise their level of play. Managed to save three match points the day before, Elise Mertens did not sign such a feat against Muguruza, double winner in Grand Slam (Roland -Garros 2016 and Wimbledon 2017). Mertens certainly saved four match points (one at 5-3, three at 5-4) to tie at 5-5. She led another 5-6 serve to follow but as in the first set, she could not finish. In the tie break, the Belgian led well 1/3 but the Spaniard then went 6/3. Mertens still survived two final balls but ended up losing on the 7th. The former world No. 1, the 24th in history (four weeks between September 11 and October 8, 2017), finally snatched the right to play the title on Saturday.

At 27, Muguruza will try Saturday to grab an eighth WTA title, the first since Monterrey in 2019, on the occasion of his 14th final. In the process, the other half will oppose the Czech Barbora Krejcikova (WTA 63) to the Swiss Jil Teichmann (WTA 54). Both players are looking for their first title on the main circuit. Associated with Aryna Sabalenka, with whom she won the Australian Open, Elise Mertens was eliminated in doubles in the second round on Thursday, by Jessica Pegula who paired up with her compatriot Bethanie Mattek-Sands. Elise Mertens has made it to the singles quarter-finals in eight of her last ten tournaments since last August, and for the first time in Dubai.