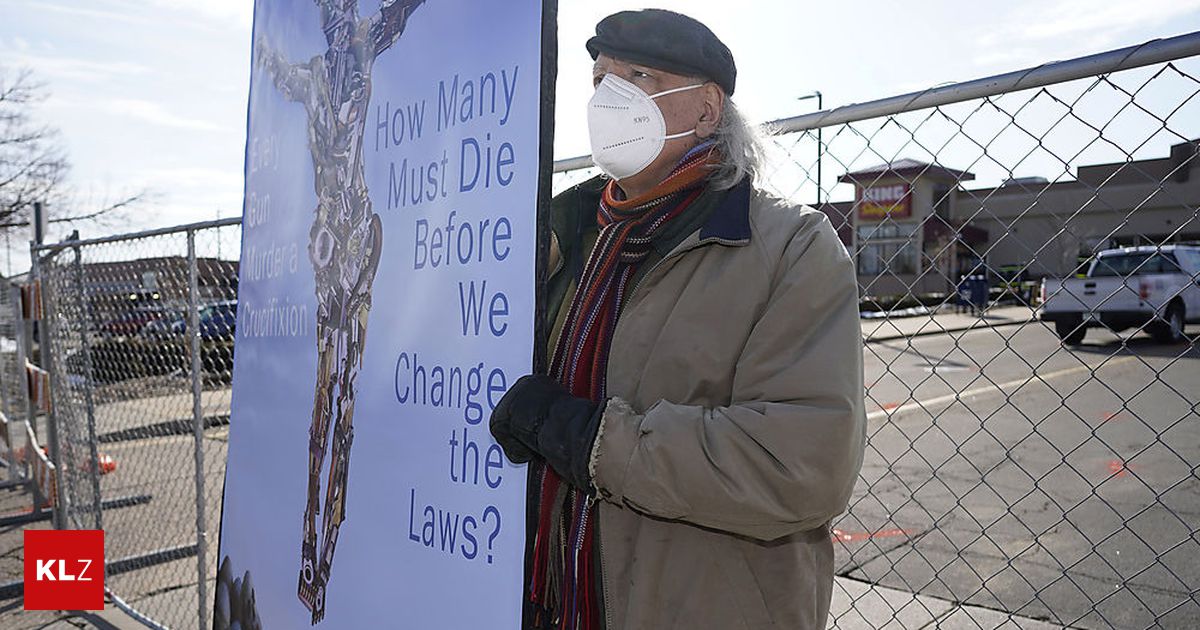 Biden: “We have to act” – Obama: “Resistance from cowardly politicians” and pressure from the gun lobby have to be overcome.

US President Joe Biden has reacted shaken to the heavy gun attack in the state of Colorado with several dead and spoke out in favor of stricter gun laws. “We have to act,” said Biden on Tuesday in the White House in Washington. “We can save lives.”

The Democrat called on the Senate to pass two bills that have already been passed by the Democratically dominated House of Representatives, with which arms buyers and owners are to be scrutinized more strictly. “That shouldn’t be a party-political issue”, he warned and called for war-like weapons such as assault rifles to be banned.

Calls for stricter gun laws is available after every major gun attack in the USA – but without any major success. The Democrats in the House of Representatives had recently started a new attempt to legally regulate that arms buyers are more strictly controlled. So far, however, it is not in sight that there will be the necessary majority in the US Senate. Many Republicans are critical of stricter gun laws. The gun lobby NRA is tremendously strong in the United States.

On Monday (local time), a gunman in Colorado killed ten people in a supermarket. The attack occurred in a shopping complex with several shops and cafes in the town of Boulder. The fatalities were between 20 and 65 years old – including a policeman. A 21 year old suspect was taken into custody. The police have not yet given any information about the motive.

US flags at half mast

“At the moment a lot is still unclear,” said Biden. But it is clear that ten people have had their future stolen. He was devastated. The president ordered US flags to be hoisted at half mast across the country to commemorate the victims of Colorado. This applies until Saturday at public buildings, military bases and US diplomatic missions abroad.

It was the second major gun attack in the United States with multiple deaths in a week. Just last Tuesday, eight people were shot dead in three massage parlors in and around Atlanta, Georgia.

Also the earlier one US President Barack Obama expressed himself shocked by the bloody act in Colorado and called for stricter gun laws. It is long overdue to fight the gun violence epidemic. The “resistance of cowardly politicians” and the pressure of the gun lobby must and could be overcome. It should not be the case that the pandemic alone will reduce the number of firearm attacks in the country.

There are regular fatal incidents in the United States involving firearms that are easy to buy there. During the corona pandemic and the restrictions on social life, bloody shootings had recently become a little rarer.