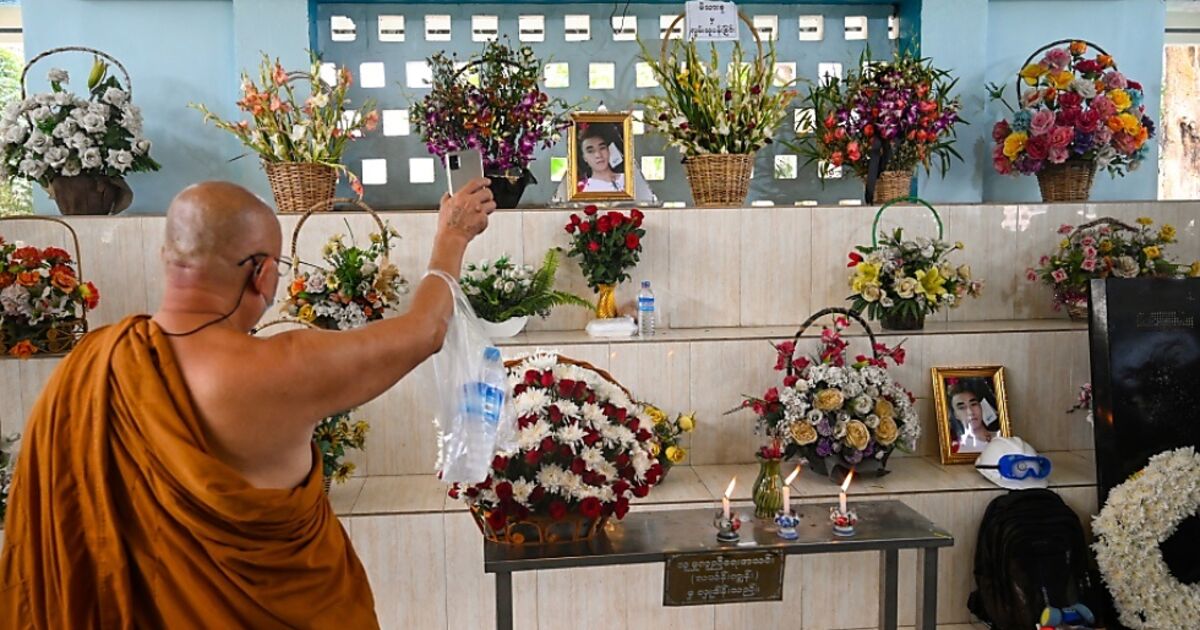 Again dead in protests against military rulers in Myanmar

In Myanmar, two people were killed in protests against the military junta, according to media reports. Local media reported that two demonstrators were killed by police gunshots on Saturday night in the Tharketa district of the economic metropolis of Yangon (Rangoon). According to DVB News, the police opened fire on a crowd that had gathered in front of the Tharketa police station to demand the release of the detainees.

Again a victim of the military dictatorship has to be buried

Meanwhile, activists had called for further protests on the day of the death of a student whose murder in 1988 sparked an uprising against the then military government. Since the military regained power in early February and overturned the civilian government, there have been mass demonstrations almost every day. The protests demand the release and reinstatement of the ousted de facto head of government Aung San Suu Kyi.

Accessed on March 13, 2021 at 8:34 am on https://www.sn.at/politik/weltpolitik/erneut-tote-bei-protesten-gegen-militaermachthaber-in-myanmar-101007232