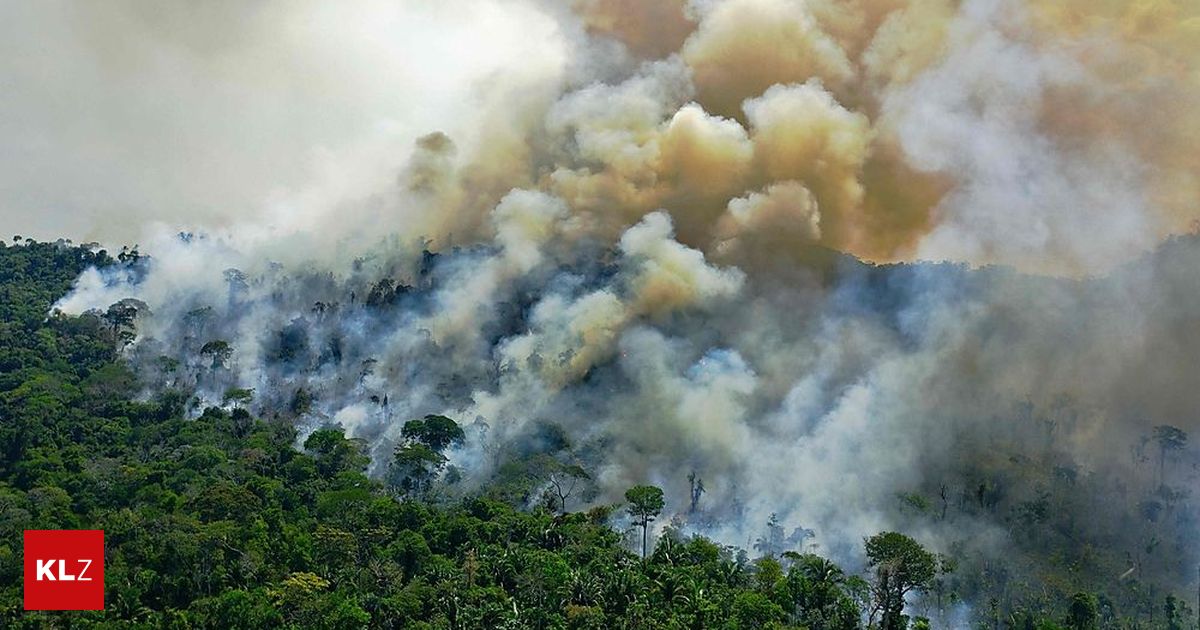 Brazil: Even more rainforest has been destroyed since the pandemic

Critics accuse right-wing President Jair Bolsonaro of having created a climate in which farmers feel increasingly encouraged to take land for agricultural use.

At first glance, it seems to be good news: for the second month in a row, deforestation in the Brazilian Amazon fell in February compared to the same month last year. This is based on the preliminary data of the National Institute for Space Research (Inpe) that evaluates satellite images and examines changes in the forest in real time with a quick survey.

Accordingly, in January and February 209 square kilometers of rainforest destroyed – less than half of the comparable months of the previous year. However, experts point out how Tasso Azevedo indicated that the decline in deforestation could also be due to the weather. “The data from Inpe show that 48 percent of the Amazon region could not be observed in January and February because of the clouds,” says Azevedo, coordinator of the “MapBiomas” initiative, which maps deforestation in the rainforest. There is even a system that detects deforestation under the clouds and is operated by the Department of Defense, but the data is not public.

The WWF also emphasized that it was a decline amid a multi-year trend of increasing deforestation and successive records. Destruction increased dramatically during the corona pandemic. The data from the long-term evaluation of Inpe between August 2019 and July 2020 show an increase in deforestation of 9.5 percent compared to the same period of the previous year. Deforestation increased to 11,088 square kilometers. This corresponds to 1.58 million soccer fields and is the highest value since 2008.

To fight deforestation and fires, the Brazilian government sent the military and banned the burning of land. Nevertheless, the rainforest continued to burn. Critics accuse the right-wing president Jair Bolsonaro, who has been in office since January 1, 2019, propose to have created a climate in which farmers feel more and more encouraged to take land for agricultural use. According to environmentalists, the armed forces can curb forest destruction in the short term, but cannot replace the work of environmental agencies.

While Lumberjacks, prospectors and other adventurers continue to pursue their illegal activities in the Amazon, the corona crisis further restricts environmental officials in their work. “The supervisory and control bodies are now all weakened,” says Azevedo, one of Brazil’s leading experts on climate issues. The military’s mission in the Amazon region also ends at the end of April. Then control and surveillance will only focus on a dozen cities in four of the nine Amazonian states that the Brazilian government has identified as hot spots.

In addition, in February the government presented the “Adopt a Park” program for the preservation of nature reserves in the Amazon region. Individuals or companies can sponsor a national park in the Amazon region for 50 reais or ten euros per hectare per year. “Greenpeace Brasil” criticized the program as an attempt to hide the reality. The government is shifting responsibility for financing part of the country’s environmental protection to companies.