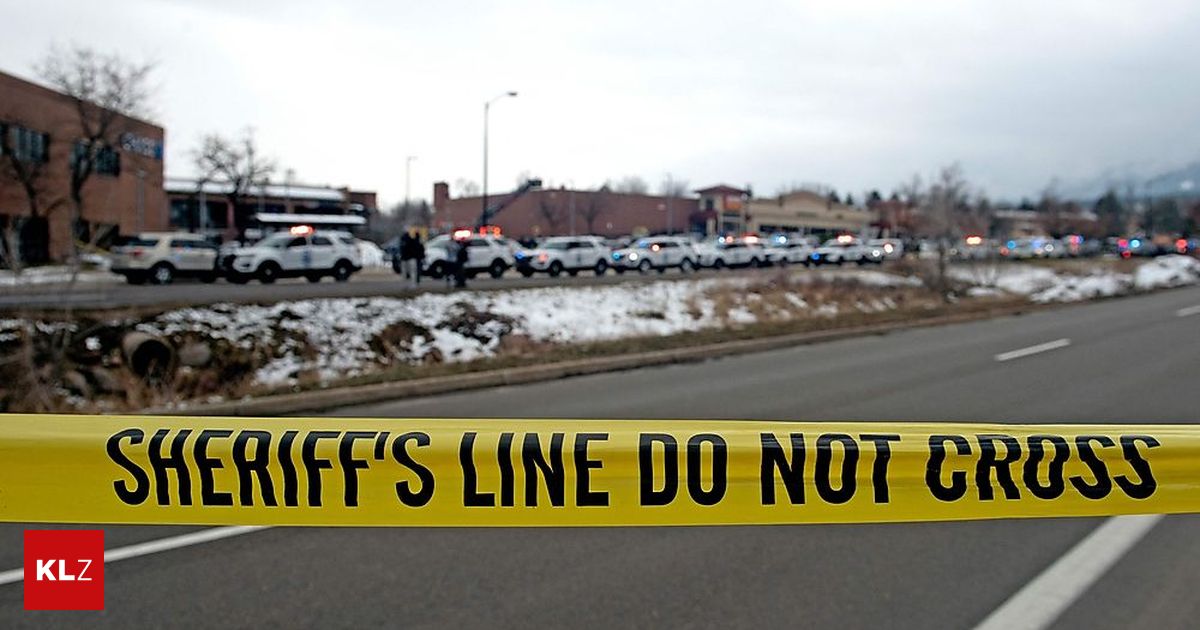 Motive unclear: Ten dead in a shooting in a US supermarket

Ten people were killed in a supermarket in Colorado, USA. One suspect has been arrested. The background to the crime is initially unclear. There were fatal attacks in Atlanta just last week.

About a week after fatal attacks in Atlanta, it’s down to another Firearms attack in the United States came. A shooter killed in the US state Colorado ten people. The scene of the bloody act was on Monday afternoon (local time) a supermarket that belongs to a shopping complex in Boulder, northwest of Denver. There is also a police officer among the fatalities. One suspect has been arrested. The authorities initially did not provide any information about the motive.

Police chief Maris Herold said the killed policeman was one of the first officers at the scene and was shot. The police had received reports of gunfire and a suspect with a patrol rifle. The police moved in with a massive contingent – the shopping complex was surrounded and heavily armed special forces were on duty.

Eyewitnesses reported multiple gunshots and motionless people on the supermarket floor and in the parking lot. Video images showed how a man with a bloodied leg and a bare chest was led away by the police. It was initially unclear whether this was the suspect.

“It feels like the safest place in America, and I just got almost killed for buying a soda and a pack of chips,” a shocked eyewitness named Ryan Borowski told CNN. He reported that there were several loud bangs in the supermarket. With the third bang, people just ran.

“It’s a tragedy and a nightmare,” said District Attorney Michael Doherty. Jared Polis spoke of a “terrible event”. White House spokeswoman Jen Psaki said US President Joe Biden has been informed of the Colorado incident and will be kept informed.

Last Tuesday, eight people were shot dead within a short period of time in three massage parlors in and around Atlanta in the US state of Georgia. Six of them were of Asian background and seven of the victims were women. The white suspect named sex addiction and the aim of eradicating the “temptation” through massage parlors as the motive for the brutal attacks. The bloody act had fueled the debate in the United States about increasing discrimination and hostility towards Americans of Asian descent.