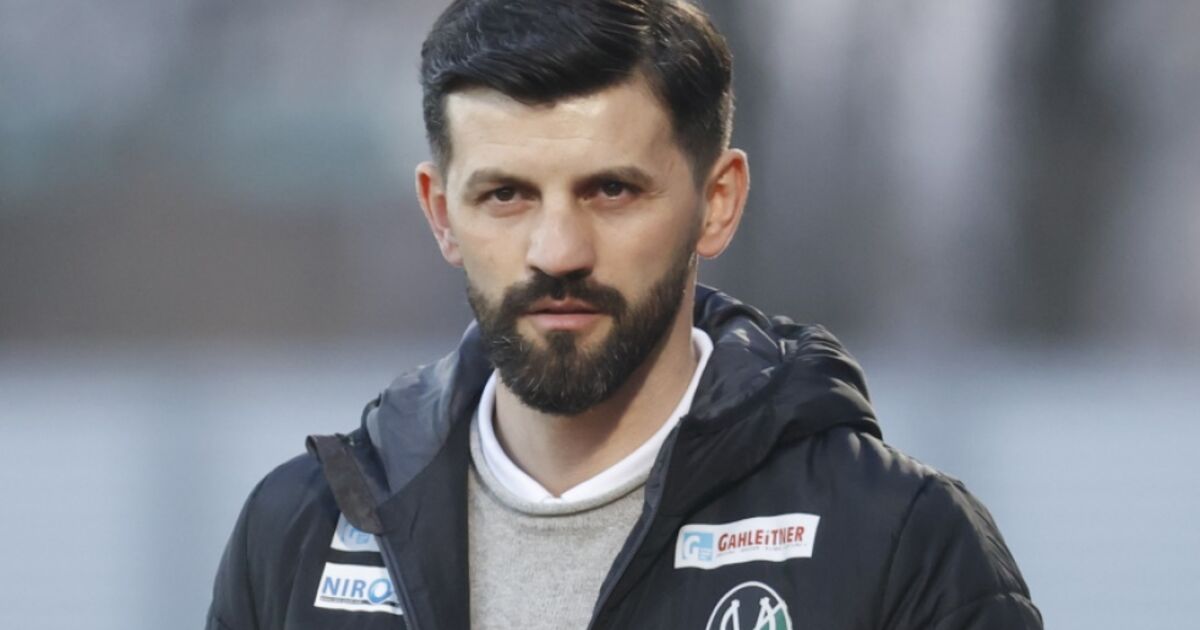 Despite nine games without a win, Miron Muslic is still allowed to exercise his position as coach of the Bundesliga penultimate SV Ried. The Innviertler board of directors continued to trust the 38-year-old, as they announced on Monday afternoon. However, with Andreas Heraf, a new assistant coach has been hired, who will work at the club with immediate effect. “We will continue on the path we have chosen with Miron Muslic,” said SVR managing director Rainer Wöllinger.

For the time being, Miron Muslic will remain Rieder’s head coach

The team is intact and stands by the coach and his work. “But we also know that we need a new impetus in our current situation. With Andreas Heraf, we are now bringing a man into our team who not only knows our team, but also the Bundesliga very well, and who strengthens our team with his many years of experience Wöllinger and SVR sports coordinator Wolfgang Fiala were quoted in a broadcast. The ex-ÖFB junior team boss Heraf worked as an assistant trainer at Riedern from July 2019 to July 2020.

Under Muslic, the Rieder only got three points in nine league games (in Hartberg, against St. Pölten and Admira) and only scored three goals. On Sunday there is the last chance to get something countable in the regular round – in a duel that is important for relegation at the tenth SCR Altach, who has two more points in his account. In the event of another defeat, the days of Gerald Baumgartner’s successor could be numbered despite the confidence that has been expressed at the moment. The cushion on Admira, the rear light, is only three points.