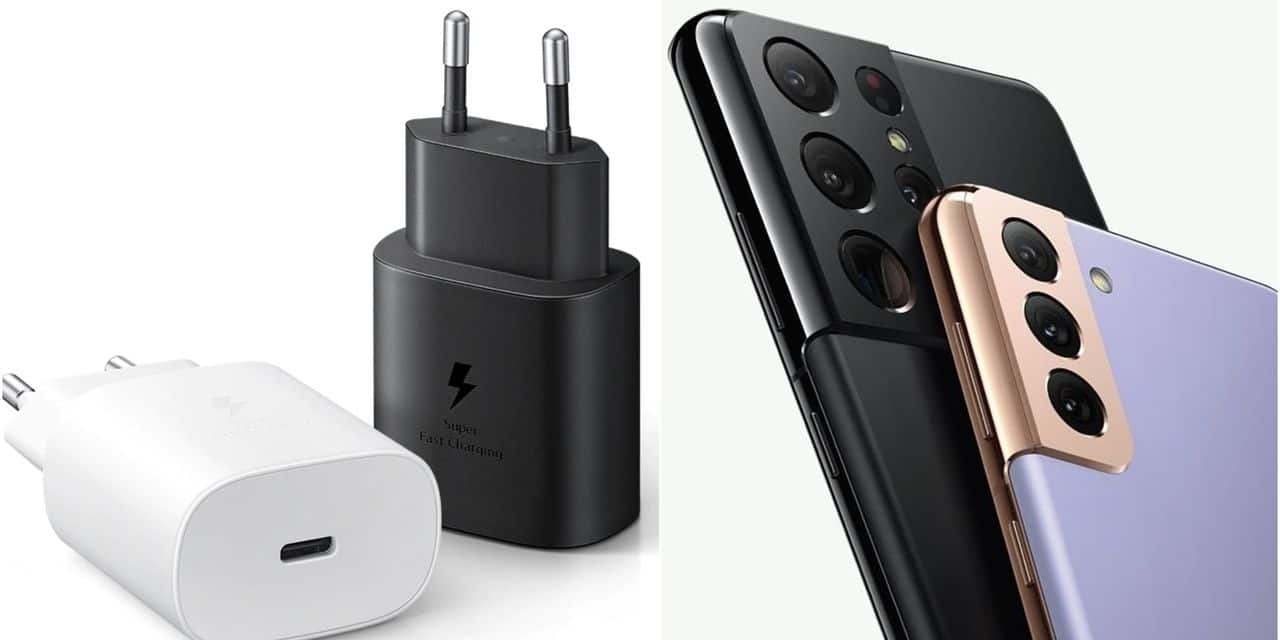 No more chargers or headphones with the new Samsung smartphones: meanness or really green gesture?

This is the first time that this has happened regarding the most popular of the line-up of Samsung-branded smartphones: the newly announced Samsung Galaxy S21 (and its three variations) is the first flagship of the South Korean giant delivered, in its box, without recharging unit or headphones. A USB cable (type-C) is always included in the packaging.

Let us be clear from the outset: this is not a first on an international technological scale. Apple thus announced, in the fall of 2020, that no more charging unit would be supplied in the boxes of its iPhone 12, but also SE, XR or even 11. In the fold of connected objects, and more particularly connected watches and / or activity tracker bracelets, this is common, also in multi-brand.

It is not by injunction of Europe that the techno players act in this way. But for ecological reasons and, also, concern for economy of scale in a smartphone market under pressure in 2020.

“Many users have at least one at home”

We surveyed Samsung Belgium on this approach, sometimes criticized by consumers, who are surprised, for a phone sometimes worth more than 1,000 €, not even to have an accessory essential to the operation of the mobile provided …

Sven Adams, spokesperson for Samsung Belgium, justifies: “two motivations pushed us to make this decision. The first is environmental, it is a gesture which, as a society, can have an implication. But beyond the obvious ecological argument, we note everything simply that a huge part of the population already has one, or even several power adapters. And that the supply of an additional charging unit would therefore be, for many, useless. Regarding compatibility, we are very well covered: Since the release of the Galaxy S8 and the massive adoption of USB-C in 2017, all charging pads that we have been providing for at least 4 years are fully compatible and interchangeable. “

Certainly, but it turns out that the cable supplied in the S21 box would be USB-C to … USB-C. However, it is very clear that the vast majority of the park of chargers that people have at home are charging blocks with a USB-A cable entry …

What about the disappearance of wired headphones, usually provided? “Same reflection”, continues Samsung Belgium: “a lot of users already have headphones at home. What’s more, we are seeing a very big breakthrough in wireless headphones. The same thing goes on when it comes to charging: wireless charging is already very popular, and it will be more and more in the future “. Finally, note that a legal framework can very well force a manufacturer to provide headphones: this is the case in France, where the S21 will be delivered with.

The iPhones affected since 2020, with no price reduction

Finally, it should be noted, a rather rare phenomenon at the release of a flagship, that the S21s have … fallen in price compared to their predecessors. An S20 saw its official entry ticket start at € 899 in March 2020. The S21, which gains 5G compatibility, in an identical situation, lands at the recommended price of € 849.

Regarding Apple, this removal of the reloading blocks from the box has not resulted in a price reduction for the end consumer. Of course, it is absolutely not mandatory to charge an iPhone (or a Samsung, Huawei, or any other brand) using an official power adapter provided by the brand of the terminal. That of any brand will be suitable (as long as it is a certified charger, at the power adapted to the battery of your mobile). Apple markets, however, its own charging blocks at a price of 25 € (both in USB-A and USB-C versions). Samsung is marketing its own at the exact same price here. It stands to reason that it is quite possible, if not easy, to find chargers that are just as good at a lower price.