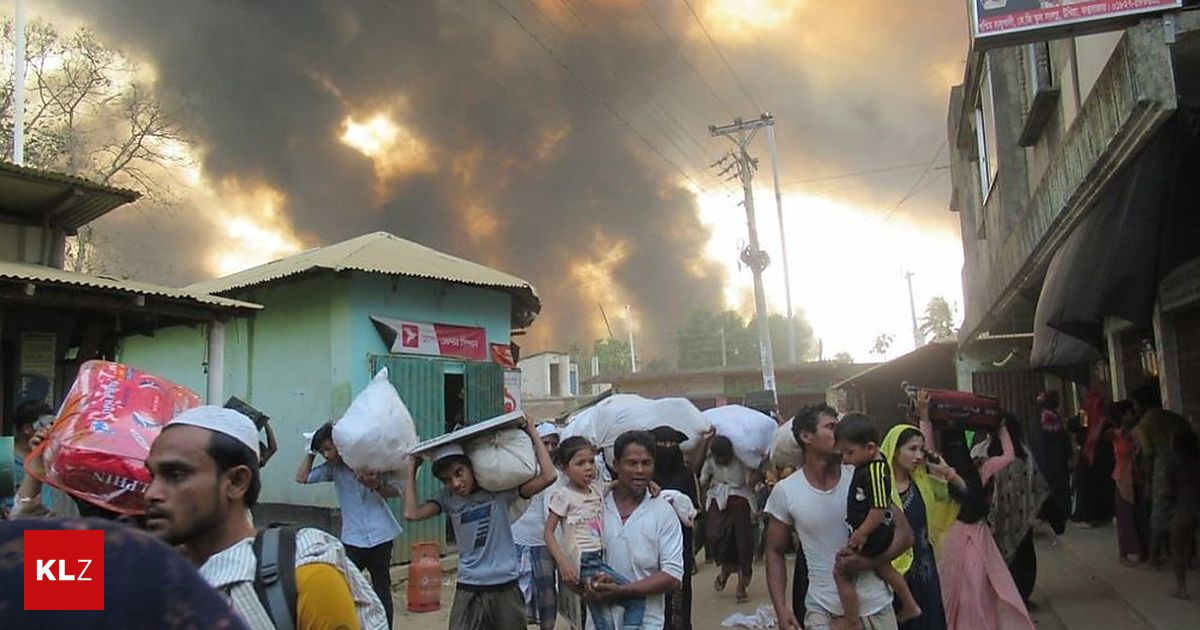 At least 20,000 Rohingya have fled their homes after a fire in refugee camps in Bangladesh.

As the authorities announced on Monday, the fire broke out in one of the 34 warehouses off and extended to two more. Initially, there was no information on the dead or injured. One of the firefighters said it was the third fire in four days.

According to one resident, it was the worst fire since 2017; the fire has been raging for eight hours, said Mohammad Yasin. Hundreds of firefighters and helpers were on duty.

The Austrian aid organization Sonne International also reports on fires in Rohingya refugee camps. The damage cannot yet be assessed. Hundreds of tents and several health centers were destroyed, according to the Aljazeera news site. According to a spokesman for the Rohingya, at least 700 homes are said to have burned down. 3,500 people have lost their homes. How the fire came about and whether there are any victims is still unclear. The fire should now be under control. Louise Donovan, spokesman for the UNHCR, emphasized emergency services are on site.

Hundreds of thousands of members of the Muslim minority from the predominantly Buddhist Myanmar fled from there to the Muslim neighboring country of Bangladesh from military violence in 2017. Since then they have lived in the camp near the town of Cox’s Bazar.

Sonne International is the only Austrian aid organization to operate an infirmary in the camp and provide residents with food and medical supplies.