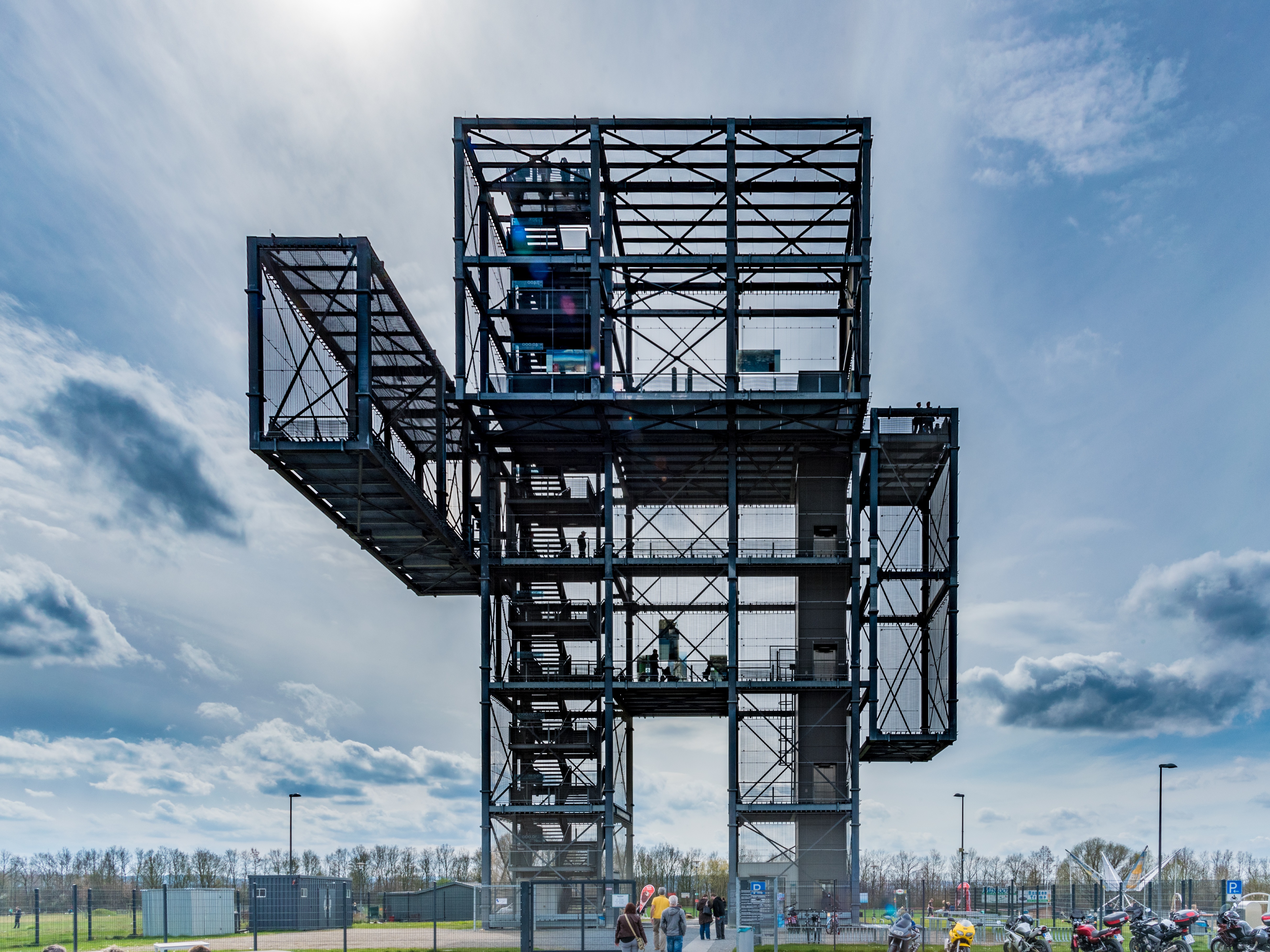 Six-Figure Mentor Review: What Does It Take to Succeed?

I joined SFM in 2014. At that time, it had only been running for four years. I didn’t know what to expect, but I had been burned multiple times online with a series of business-type courses that promised to help me make money. My lack of experience at the time and my despair were partly responsible for some of my failures. But also, many courses taught tactics that were already out of date.

Some of the courses I bought taught how to get your website to rank in Google. If you’ve ever tried this, you know it’s not easy. It is true that it was much easier 20 years ago. But now, getting a ranking for your website is getting a lot more difficult.

So let’s get back to SFM. When I joined, I decided that I needed to start over and although I had learned several skills, I still had not made any money online. With the exception of buying and selling on eBay, the other strategies I had tried just didn’t get any momentum.

After joining, I was immediately impressed with the information I was getting. The “overdelivery” strategy clearly worked for me! I also benefited from joining someone who helped me make my first couple of high ticket sales. This happened within a few months. However, he did not fully understand the business system and what it entailed. Even though I did a couple of quick sales, for little work, I hadn’t been fully responsible for those sales. The affiliate who referred me had created a Facebook advertising “co-op” and helped several people get some traction.

After my first few sales, I stopped advertising and just accepted the money! This seemed like a lot of money back then. It was a couple thousand pounds. Now I realize that I should have reinvested it in advertising, which is what I am doing now, now I understand the business better.

Getting an “early win” gave me confidence in the business system, which is one of the main selling points for what SFM has to offer. It also offers first-rate training, more now than in 2014, when I joined. Now, I am a member of several private Facebook groups where I can sit and look ‘over my shoulder’ at those who are succeeding in this business.

Don’t get me wrong, this is not an easy business to learn. Some of my main issues have been my ‘grab it and run’ mentality and my scarcity mentality, which has prevented me from taking some important steps. The SFM training program is very well suited to this. In fact, one of its main strengths is undoubtedly its ability to install an ideology of personal growth. Without this, you will really be fighting some internal battles like I definitely have. This will stop you if you don’t overcome your mental barriers to success.

It is not for everyone either, it is true. The business system itself is expensive and, for some, prohibitively. But for anyone who wants to earn a full-time living from the internet, I’d say SFM is a good place to go. However, you will have to work hard and invest, and it is not an easy journey. But it offers something many want: a digital business system that can be run from anywhere. The possibility of financial freedom, no matter how far off you think it is.

If you just want the training, I’d say it was worth the money at the lower levels as well. I had a failed kung fu school when I joined and now I am doing very well. I attribute that to much of the learning and understanding I have gained from the SFM education and training platform.

However, you can’t expect to make a living if you only join the basic level. Only if you at least reach the Elite level, you will be able to access the highest ticket product commissions. But if you want to learn some mindset and digital marketing skills it’s worth the training and community, even if you don’t want to pursue a full-time career. The community alone is a very powerful resource and has benefited me both personally and professionally.

After my first couple of high ticket sales, I decided to focus on blogging and cheaper traffic-generating strategies. I just didn’t have a budget to risk advertising. I decided that if I got free traffic, the sales would be worth more in profit, which is true. The problem is that the strategy I used (blogging) is not the best, particularly in a very competitive niche like affiliate marketing and “make money online”. I know there are people who are doing well with social media marketing and other free strategies, but I didn’t take this path.

The people who are making real money from SFM are the ones doing their best. They position themselves at the highest level of the business system and promote OFS themselves as affiliates at the partner level. This means that they can earn the highest possible commissions from the company. Some products sell for $ 35,000. Those at the top tier can earn 40% of this in commissions, but they need to purchase the product themselves to have it on their ‘online store’.

There is also a lot to learn. I thought about making it work really fast and sitting on the beach counting my money. But as I persevered through the difficulties, I have changed and understood that it is a business like anything else. It’s not a magic bullet for instant rich people. Just a business model with products that anyone can sell.

To put the most expensive items in your own personal online ‘store’, you have to buy them yourself. Reading the reviews I have found about SFM today, I see a lot of skepticism. Many say it is a scam. Well, it’s not a scam, it’s real. But it is easier to say that it is a scam and not have to do all the work necessary to make it happen. There are many people who are making it work for them and creating amazing lifestyle businesses of their choice.

SFM started in 2010 and has recently partnered with Microsoft Lynda (under the LInkedIn umbrella of companies). Microsoft Lynda now offers its own 6,500 training courses as part of the SFM curriculum.

DigitalMarketer (the world’s oldest and most respected B2B and B2C marketing training company) also partnered with SFM and now offers its own training as part of the SFM curriculum.

I don’t think these companies partner with any organization that isn’t providing great value, is well established, and isn’t 100% superior.

Since I joined SFM in 2014, I have seen big changes in myself. I had to face myself and see my own limitations as an impediment to moving forward in the business. Your way of thinking and your way of thinking have a lot to do with the possibility of the venture being a success. It is much, much easier to dismiss something as a scam, than to look inward and grow along with a business.

If I had stopped doing it on my trip, I would have missed a bigger opportunity than I could imagine at the time. I struggled and struggled, but much of my struggle was due to my lack of understanding of the business model and my own limitations. He was programmed with a poverty mentality that fought fiercely against spending money. Entering the space of knowing that I need to spend to win was a huge change in my thinking.

I’m far from being the best performer at The SFM right now, but what I’ve learned about myself and my inner limitations is invaluable for the rest of my life. I will continue to learn and never give up, so check out this space, doubting skeptics!

For those who are thinking of joining SFM and doing so would spell severe poverty, I suggest that you first be in a better financial position. I managed and took a risk, but it’s not easy. However, if you are determined in this business, there is no reason why you cannot make it happen. But if you can’t afford it, I suggest another program if you’re going to get into debt.

The SFM program is more than a sales funnel with digital products. It is an “all-in-one digital business system and training platform. The goal is to create long-term digital entrepreneurs who can maintain an income and prosper from selling products over the Internet. That means there is a lot of work to do.” done, if you’re going to make this a full-time life.

It’s definitely not for the shy. Expect to be pushed and expect some discomfort if you are going to do what you need to do to make it work. Also remember that affiliate marketing is about performance. Nobody owes you their life! You need to take charge of yourself and your business to make it work! Good luck!

Previous Post
Marvel Comics costumes for boys and girls
Next Post
How good is a labrador retriever’s sense of smell?