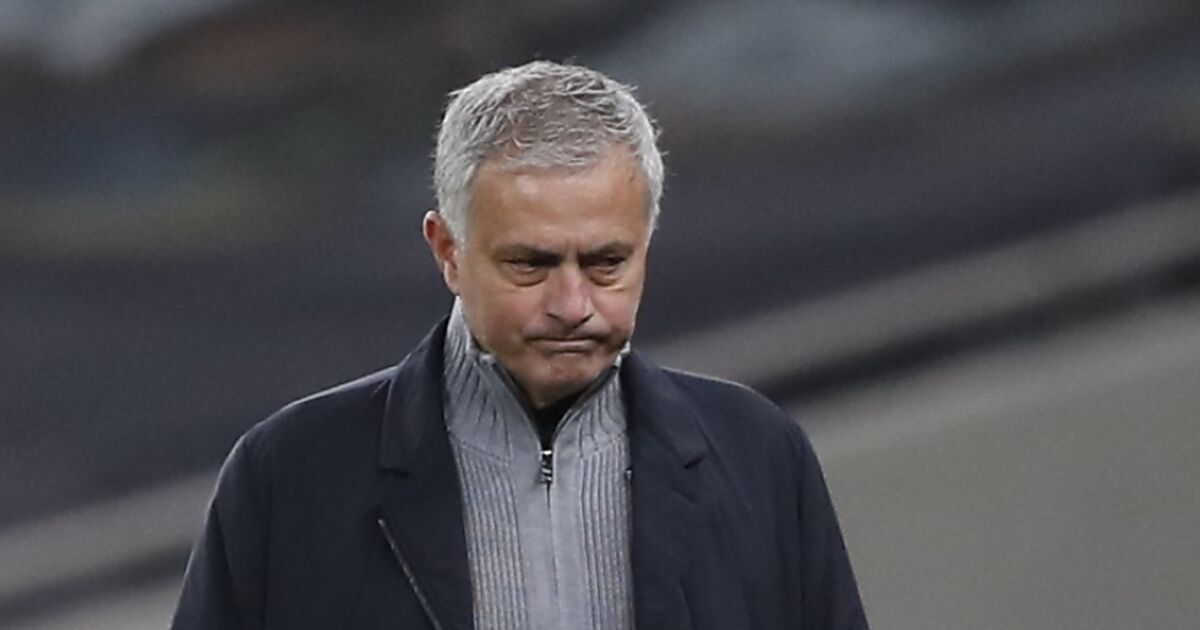 Dinamo Zagreb caused the big surprise in the football Europa League on Thursday. With a 3-0 win after extra time, the Croatians threw Tottenham Hotspur from star coach Jose Mourinho out of the competition and are among the top eight for the first time. Man of the evening was triple-man Mislav Orsic (62nd, 83rd, 106th), who not only secured extra time after the 2-0 defeat in the first leg, but also made perhaps the greatest success in club history there.

Manchester United celebrated a 1-0 win at Milan and won the hit. The match winner was Paul Pogba (49th). Salzburg conqueror Villarreal was safe against Dynamo Kiev (4-0 overall). Top striker Gerard Moreno dealt with the matter again practically single-handedly in the 2-0 second leg (13th, 36th). Next are Roma, Arsenal, Granada, Ajax Amsterdam and Slavia Prague. The quarter-finals and semi-finals will be drawn on Friday from 1 p.m.

Tottenham was on track for a good hour at Maksimir Stadium. But then Orsic came and with his hits ultimately punished the too great passivity of the group opponent of the LASK as well as the sixteenth-finals of the WAC. Only the third goal against the Croatians worked as a wake-up call for Harry Kane and Co., but it was too late. In the finish, Kane and Gareth Bale failed with good chances to Dinamo goalie Dominik Livakovic.

“My team didn’t look like it was playing an important match,” said Mourinho after the elimination. “It was important to me – out of the respect I have for my own career and my own job. Every match is an important match.” The Portuguese praised the opposing players for leaving blood, sweat and tears on the field. Tottenham threatens a season without a European Cup after the end. North Londoners are only eighth in the Premier League.

It was also curious that at Zagreb, for which the ex-Austrian Marin Leovac was substituted on, a debutant was sitting in the coaching bench. Dario Krznar had only followed Zoran Mamic on Tuesday, who had resigned after a final conviction to a nearly five-year prison sentence for corruption. Krznar could hardly believe his luck: “That was a wonderful game – one that you would like to dream of, but do not dare.” One is now ready for every opponent, whoever comes.

Of five English teams engaged in Europe this week, only Tottenham fell by the wayside. Arsenal suffered a 0-1 home defeat against Olympiacos Piraeus, but one week after their 3-1 away win in Athens they successfully took revenge for last year’s knockout in the round of 32. Youssef El Arabi scored the only goal of the evening with a deflected shot (51.).

In Milan, Manchester United then proved to be a more mature team. The recovered star striker Zlatan Ibrahimovic did nothing to change that, who worked on the side of the Italians from the 65th minute against his ex-employer. Milan had been challenged after Pogba’s shrewd goal in the 49th minute, but hardly developed any pressure on the English goal. The French world champion initially faked a shot before finding the free corner 172 seconds after coming on from close range.

This makes the Roma the last remaining Italian club in international competitions. The capitals won at Shakhtar Donetsk thanks to a brace from Borja Mayoral (48th, 72nd) 2-1 (0-0) and after the 3-0 first leg win in the sum of the two games clearly prevailed. Ajax Amsterdam did that too. After beating Swiss champions Young Boys 3-0 at home, the Dutch also won the second leg in Bern 2-0.

For the Norwegian club Molde, which had previously eliminated Hoffenheim and also met Rapid in the group stage, it was the end of the line. Erling Haaland’s ex-club defeated Granada 2-1 (1-0), but were eliminated due to the 2-0 defeat in the first leg.

The same fate befell the Glasgow Rangers. Scotland’s champions with Liverpool legend Steven Gerrard in the dugout had to bow to Slavia Prague with a total score of 3-1 after a 2-0 home draw. The unsightly high point was a kung-fu kick by Rangers striker Kemar Roofe against the head of goalie Ondrej Kolar in the fight for the ball. Roofe, who had recently come on, saw red (62nd), Kolar had to go unconscious with the stretcher from the court, according to DAZN and was formidably represented by 18-year-old debutant Matyas Vagner. After yellow-red for Rangers defender Leon Balogun, Nicolae Stanciu converted the due free kick to the final score (74th). Peter Olayinka had previously met (14th).