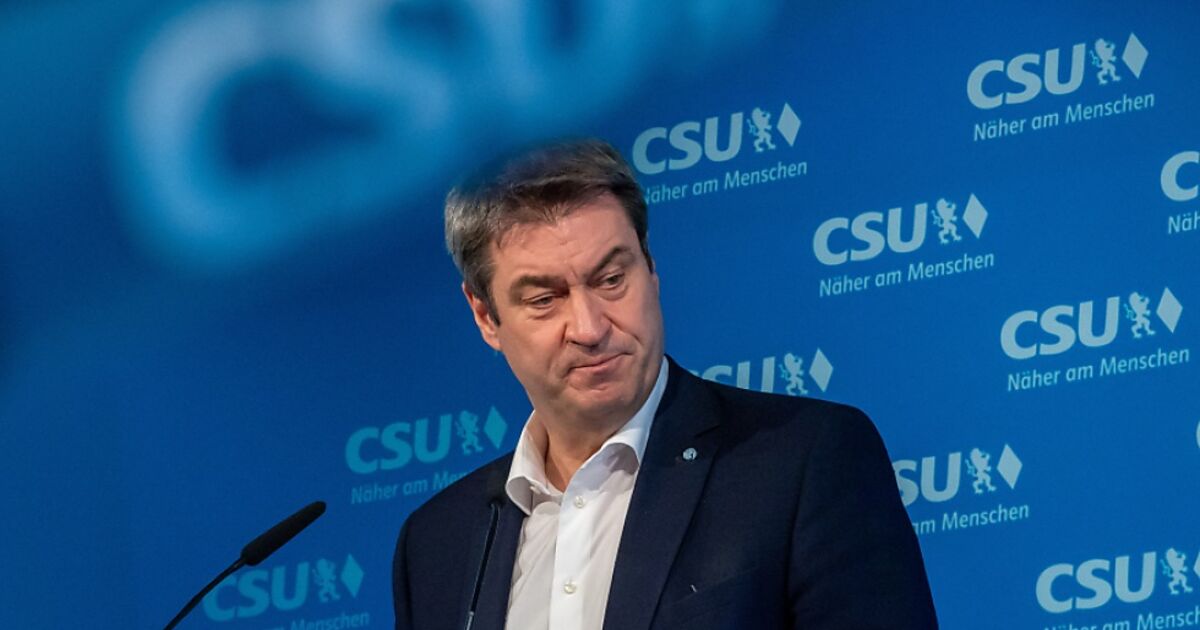 After the slips in Baden-Württemberg and Rhineland-Palatinate, the Union is struggling to find a way out of its crisis at the beginning of the super election year. CSU boss Markus Söder called on Monday for a restart before the federal election and described the CDU’s performance in the state elections on Sunday as a “wake-up call”. CDU General Secretary Paul Ziemiak emphasized that the re-election of Prime Ministers Winfried Kretschmann (Greens) and Malu Dreyer (SPD) was primarily due to their popularity.

One thing has been clear since Sunday evening: “There are theoretically majorities outside the Union,” said Söder. It was no longer one hundred percent certain that the Union would provide the Chancellor in any case, he warned.

CSU regional group leader Alexander Dobrindt expressed himself “shocked” about the CDU result in the state elections in the southwest. In Baden-Württemberg in particular, many CDU voters have switched to the Greens. “That shows how far the Greens in Baden-Württemberg have penetrated into the Union milieu. I therefore advise you to deal with the Greens much more closely, to make differences clear, to put in firewalls,” said Dobrindt on Monday. The elections showed that it is not a sure-fire success “that the Union is involved in the next federal government”.

Both incumbents scored points in the state elections at the start of the German super election year 2021 in Baden-Württemberg and Rhineland-Palatinate on Sunday. In Baden-Württemberg, the Greens defended their top position under Prime Minister Kretschmann. This allows them to continue the coalition with the CDU. Mathematically, however, the Greens can also enter into a traffic light coalition with the SPD and FDP. Kretschmann announced talks with all three parties.

In Rhineland-Palatinate, the SPD again became the strongest force under Prime Minister Malu Dreyer. Dreyer said on ZDF that a continuation of the traffic light coalition made up of the SPD, Greens and FDP would be their first choice. The CDU suffered painful losses six months before the general election and fell in both countries to the worst result in their history.

Above all, the SPD and the Greens emphasized that the elections are also a signal towards the federal election. SPD Chancellor candidate Olaf Scholz was confident on the evening of the election: “A lot is possible,” said the German Finance Minister on ARD. “I want to be Chancellor.”

Green co-leader Robert Habeck and FDP general secretary Volker Wissing slowed down the debate about a traffic light coalition in the federal government made up of the SPD, the Greens and the FDP. “Everything is possible this year,” said Habeck. But it is “absurdly too early” to discuss whether the traffic light is the best option for the federal government. This also applies to the possibility of a Jamaica government made up of the Union, the Greens and the FDP, said FDP boss Lindner.

In the exploratory talks in Stuttgart, the fight against climate change will be the decisive topic, said Greens co-leader Annalena Baerbock. “For us, climate protection is the central challenge of our time.” Then it will show whether the other parties see this similarly or whether it was only lip service in the election campaign. In Baden-Württemberg, the Greens can continue the coalition with the CDU or rely on a traffic light constellation.

According to her spokesman, Germany’s Chancellor Angela Merkel is not planning any exchange of ministers after the state elections. “The Chancellor does not intend to reshuffle the cabinet,” says Steffen Seibert about speculation.

Previous Post
The Pixel Museum in Brussels: an all-you-can-eat game!
Next Post
Bad Suspicion: Did the Second Wave of Exchange Mass Hacks Use Microsoft’s Own Attack Code?