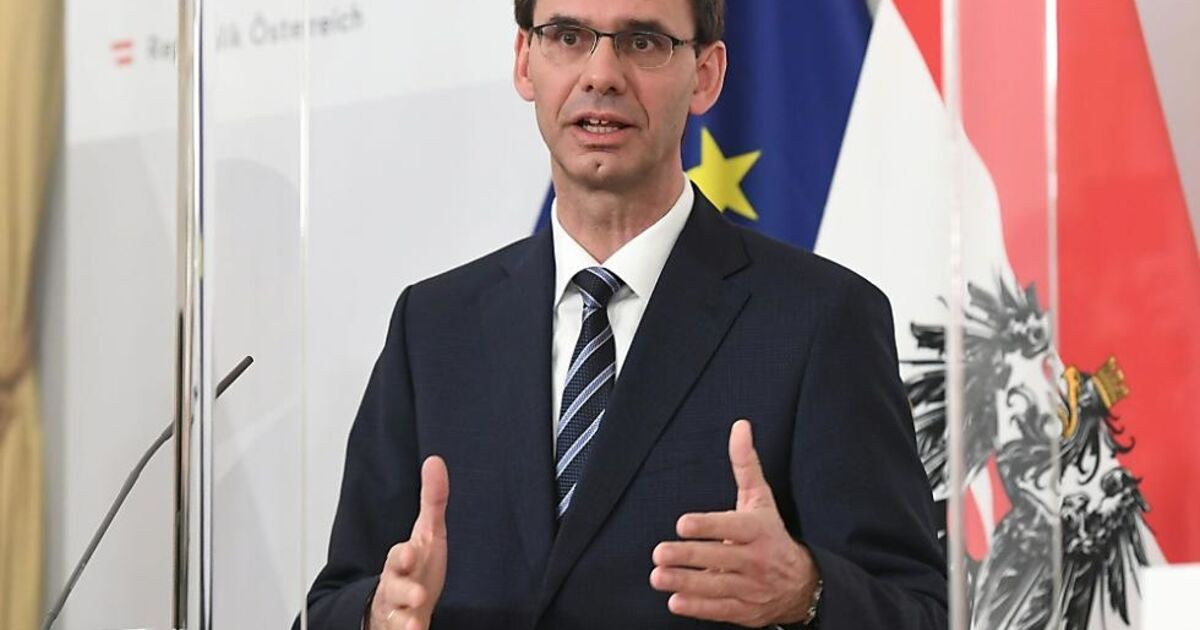 Wallner confirmed as Vorarlberg’s ÖVP boss at the party conference

Governor Markus Wallner was confirmed as provincial party chairman at the 42nd regular party congress of the ÖVP Vorarlberg on Saturday. At the virtual meeting, Wallner received the votes of 263 out of 266 delegates (98.87 percent), there was no opposing candidate. Both the Federal Chancellor Sebastian Kurz (ÖVP), who was brought in for an interview from Vienna, and Wallner were optimistic. Kurz assumed a return to normal by summer.

The Vorarlberg People’s Party last met at a party congress in May 2015, due to the pandemic, a meeting in the previous year was impossible. On Saturday, too, the motto was “Courage. Strength. Confidence.” The party convention held “only” took place virtually, the delegates took part via zoom, while a live stream was broadcast from the Bregenz Festival Hall – where Wallner and State Managing Director Dietmar Wetz were staying. Compared to the voting result of 2015 – 97.93 percent – Wallner increased again slightly. In the first election to the party leadership in 2012, Wallner received an approval of 99.37 percent.

Kurz stated that eight million vaccine doses would be available by summer and that all Austrians who were ready to vaccinate could receive at least one vaccination. The vaccination rate in Austria is “good”. Currently 30,000 people are being vaccinated every day, “the number is increasing every day”. He is happy that the European Medicines Agency (EMA) has confirmed the use of the AstraZeneca vaccine, “a waiver would have been dramatic”. AstraZeneca supplies a third of the vaccine in Europe.

The Chancellor was optimistic about the time after the pandemic had been dealt with: “As difficult as it is now, it will be so good again.” Briefly pointed out that the savings rate in the population had risen sharply during the pandemic, and that the economy was also well supported. “People want to consume, to go on vacation,” said Kurz. Economically, the old strengths will be regained and the phase from autumn may also be used to promote the eco-social orientation of the Austrian economy – the relief of lower / middle incomes and greater greening

In his address to the delegates, Governor Wallner emphasized what the corona pandemic had brought to light – he underlined the importance of “good hospitals”, the family, open borders in the Lake Constance area and how important it is to “stand on several legs economically “. Vorarlberg is “a strong country with good genes” and will quickly regain its footing after the pandemic. “We are preparing the upswing,” said Wallner. But it is also clear that “we are facing bigger tasks than ever before,” said Wallner. Questions would arise in the health system, on the labor market, in education, and there would also be “social consequences of the crisis. We must not leave anyone behind,” emphasized the governor.

When it comes to the opening steps in gastronomy, sports and culture, they go ahead and want to be a “model example for others”. Kurz also believed that regionalization was the right approach for opening steps. You can now manage 145,000 tests per week (with 400,000 inhabitants), perform quick contact tracing and vaccinate risk groups quickly and consistently, says Wallner. If the current development continues like this, it will be possible to take further opening steps. “We will be the first to gain momentum,” said Wallner optimistically. The governor particularly emphasized the cohesion of the population, which had shown itself in the pandemic. “Nothing works without solidarity, solidarity is a value that we represent,” he emphasized. As a people’s party, it will be important to keep up with the times, “but not to lose our Christian-social value base,” said Wallner.